We cook a lot at our house and, even though I have countless cookbooks at home, I don’t always have time to flip through all of them when I am planning what to feed my family so I often turn to the internet. 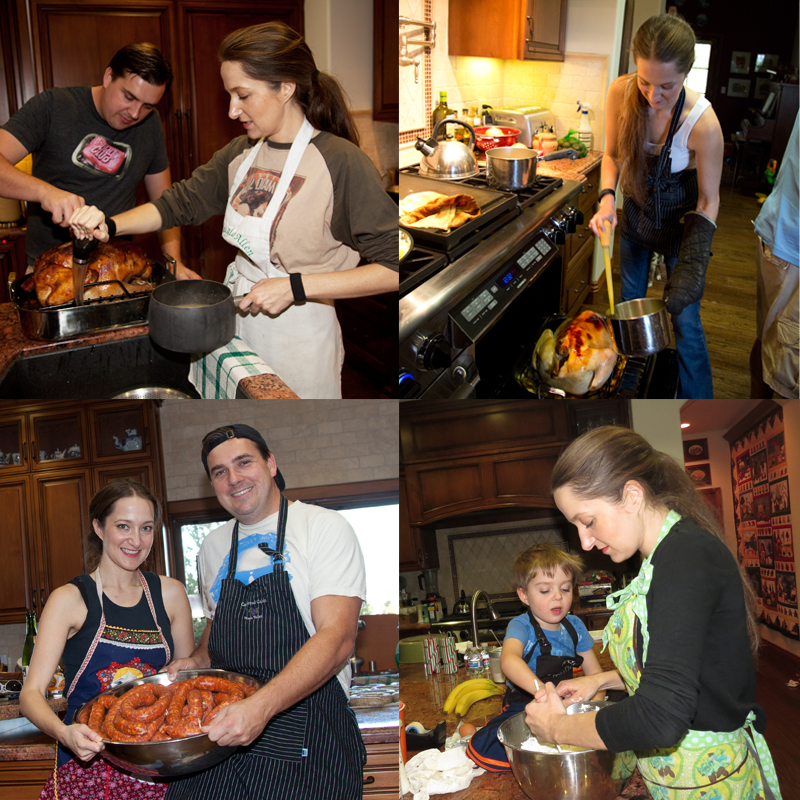 For fun, here are a few photos of me and my family cooking together.

Until today, The New York Times cooking section was a fantastic free resource that I sometimes turned to. Unfortunately The New York Times Cooking Section and I have broken up. I would love to say to the Times, “It’s not you, it’s me,” but that would be a lie. It’s them, all them.

I woke up this morning to an email from New York Times Editor Sam Siften that drove the final nail into the coffin in our relationship. They have decided to take their free cooking section and app and start charging $5 a month for their services. Um… thanks, but no thanks. Subscription based services and paywalls are nothing new (nor is there anything wrong with them) but it is one thing to take something that you once charged for and give it away for free but quite another to take a free resource and start charging for it. Siften states in his letter (I just have to interject and say that the whole email is rather off-putting and although I’m sure the Times didn’t mean for it to come off this way, extremely arrogant and condescending ) “ It is a core belief of The New York Times that we produce journalism good enough that people are willing to pay for it.” But if they really thought it was so great, why didn’t they charge from the beginning?

I could list so many reasons why I won’t pay $5 per month for the cooking section, and I actually wrote out a really long post dissecting all of the New York Times Cooking section’s many faults but the post felt mean-spirited and I would hate to make this space feel unkind in any way (and there are a lot of chefs over at the New York Times that I greatly respect and wouldn’t want my observations to have any impact on them). So instead of bashing the New York Times, I will simply say goodbye, it was good while it lasted and wish them well.

In all honesty, what it really came down to (besides making me mad that they were going to start charging me for something that I was already using for free and announcing their intent in a sort of pompous email) was that I don’t use their recipes enough to warrant a $5 per month bill. I honestly go months without accessing their recipes so $5 per month would be like flushing money down the toilet on the months that I don’t use it (strangely, this same logic has not lead me to cancel my gym membership even though I never use it, but I digress). Plus, there are so many fantastic free recipe resources out there that paying $5 per month just doesn’t make sense. Sure, it’s only the price of a latte at Starbucks (which is an actual argument they used in the email), but if I use these other fantastic resources instead, I can get great recipe’s AND enjoy my overpriced latte. Win-win.

There are a ton of fantastic recipe resources out there and I have compiled a list of 10 of my favorite places on the web that you can still get huge amounts of amazing recipes for free. These are just a few of my favorites because I could honestly write a book here. Seriously. 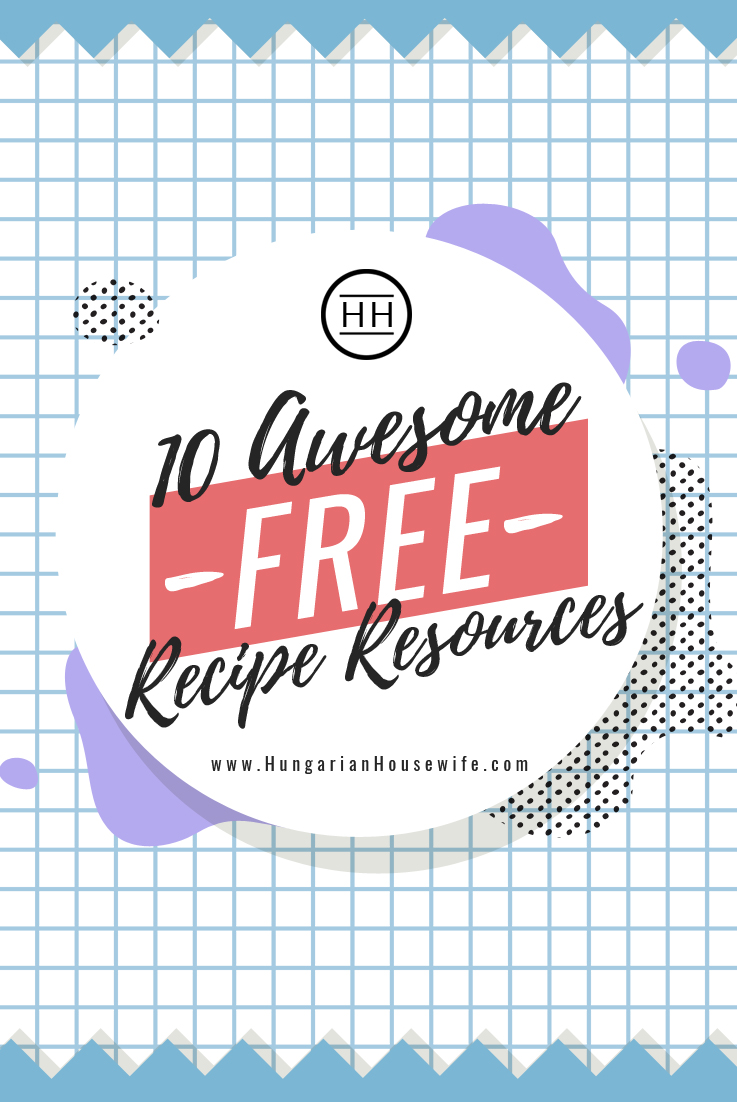 Saveur Magazine: Saveur has been one of the premiere gourmet food print magazines since its debut in 1994 and their website and award-winning blog are jam-packed with amazing resources from recipes to instructional videos and feature stories. Their slogan is Savor a World of Authentic Cuisine so it should come as no surprise that their recipes tend to focus on culinary traditions from around the world (including some great Hungarian dishes).

Food 52: Founded by Amanda Hesser (whose recipes are often featured on the New York Times) and Merrill Stubbs in 2009, the site was originally designed as a place for home cooks to come together and share recipes and tips and has quickly evolved into on online treasure trove of food related knowledge. Their manifesto is Eat thoughtfully, live joyfully. Now that is a motto I can get behind!

Epicurious: Launched by Condé Nast in 1995 to create content specifically for the internet. In 1995! They were way ahead of the game and they have remained a major player. The site boasts more than 34,000 recipes, which is, ahem, just a few more than The New York Times 18,000. Just saying.

Martha Stewart: Love her or hate her (I am SO in the love category) Martha Stewart is one of the grand dames of the hostess scene and she has some killer recipes over at her eponymous website.

Serious Eats: I cannot begin to tell you how many fantastic recipes I have discovered on this site. So. Much. Good. Food. This is full of recipes for people who seriously love food and love to eat.

Food Network: Ina Garten, Alton Brown, Bobby Flay, Giada De Laurentiis! Need I say more? So many talented chefs in one place, I can hardly stand it! And they have more than 65,000 recipes (which is, again, quite a few more than the New York Times’ 18,000 – and they’re all free).

Williams Sonoma: I can remember when I was first married and I couldn’t wait for my Williams Sonoma catalog to arrive because it always great recipes to try out (of course, they recommend making them with their products – which I often purchased, but I digress). They have about 7,500 recipes and I have had great luck with the recipes I have tried from their site.

Taste of Home: Growing up it seemed like everyone’s mom subscribed to this magazine (including mine!), and for good reason. They have so many delicious recipes and an extremely loyal base of followers and contributors. I have yet to make anything from Taste of Home that wasn’t appreciated by my kids.

Food & Wine: Food & Wine is an outstanding resource. The magazine, which features recipes, cooking tips, wine pairings, restaurant reviews and much more, was first published in 1978 and was once credited (by the New York Times) of introducing the public to Perrier. With an online database of almost 15,000 recipes, you should have no trouble finding inspiration for your next meal.

Again, these are just SOME of my favorite sites devoted to food. There are so many great resources out there from blogs to chef’s personal websites and product pages (not to mention Pinterest). So sorry, New York Times, but it’s time for a break.