I have fallen way behind on my European Vacation posts, so before summer arrives again, I thought I should get to the rest of our trip. So, now I take you back to where we left off in Hungary. 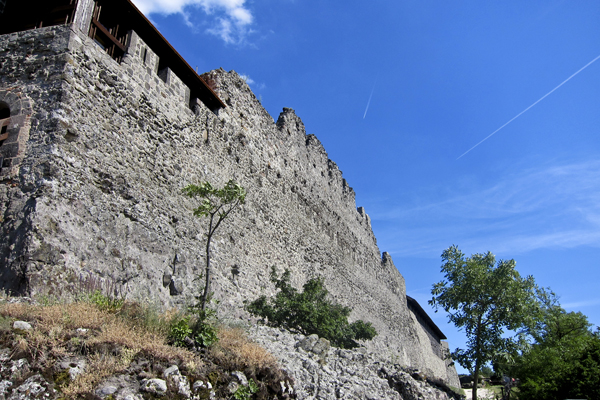 The fortress in Visegrád

Visegrád is a small town north of Budapest situated between Szentendre and Esztergom that sits along the Danube right at a bend in the river which is called Duna Kanyar. It has one of my favorite castles in Hungary which is referred to as Fellegvár meaning cloud tower in Hungarian. It has, hands-down, one of the best views in all of Hungary. 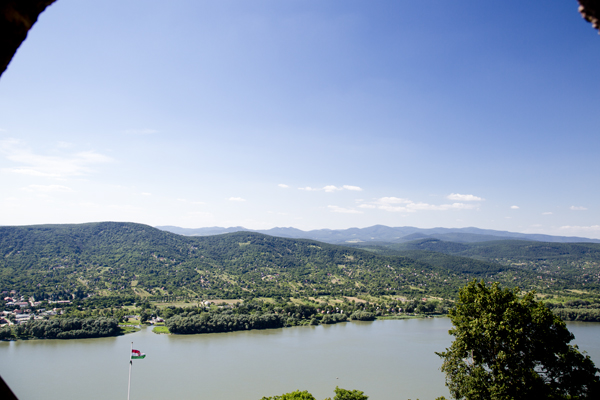 The view from the castle down to the river. 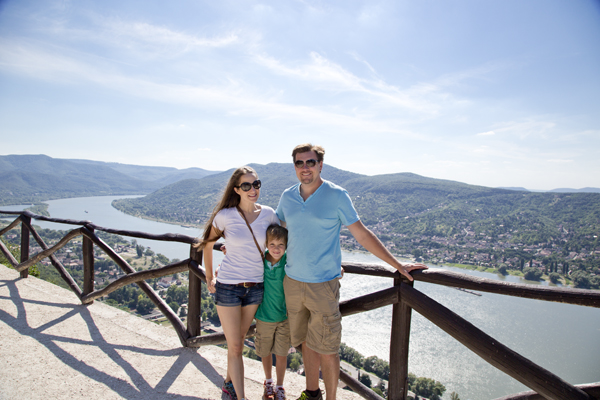 With two of my guys 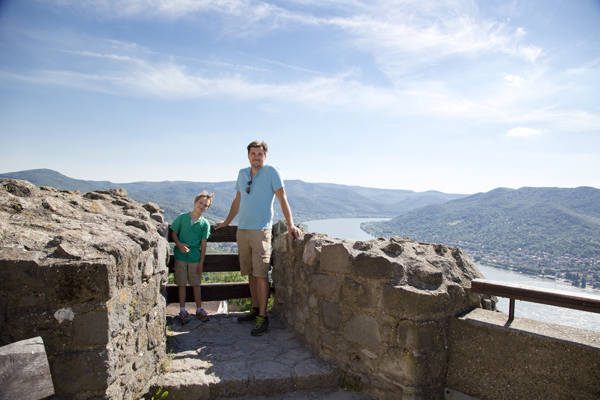 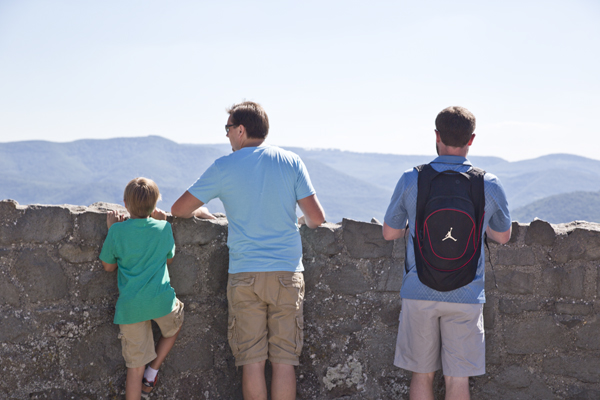 The guys taking in the view

The Romans built a fortress at Visegrád during the reign of Constantine the Great which was later destroyed by the Mongols. After the Mongol invasion, the town was rebuilt and in 1325 Hungary’s King Charles I (known as Károly Róbert in Hungary) made Visegrád, which was his hometown, the royal seat of Hungary (The royal seat was later moved to Buda by Sigismund, Holy Roman Emperor and King of Hungary and Croatia). During the reign of King Matthias Corvinus (Hunyadi Mátyás) the King made Visegrád his summer home. The castle was occupied by the Ottomans in 1544 and aside from a short period of time from 1595-1605 it remained in Turkish control until 1685. 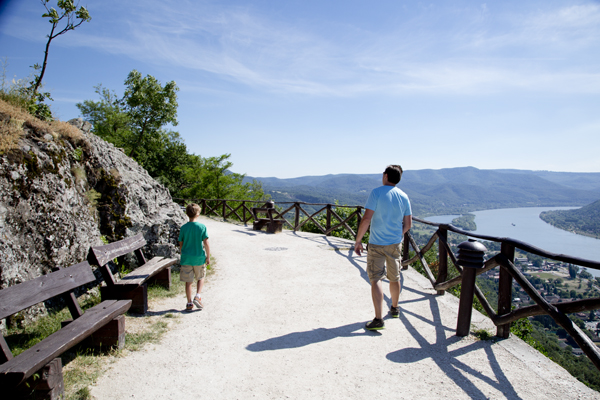 Walking along the path 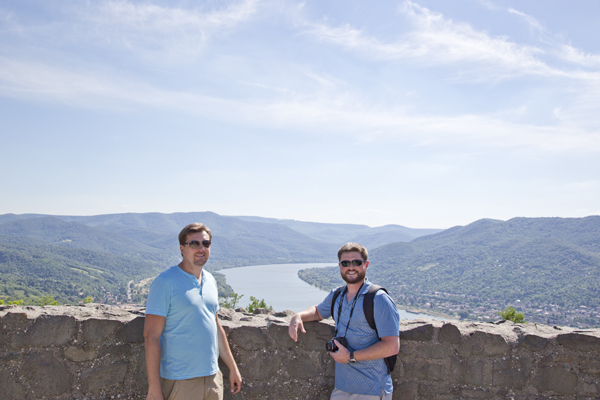 More of the view 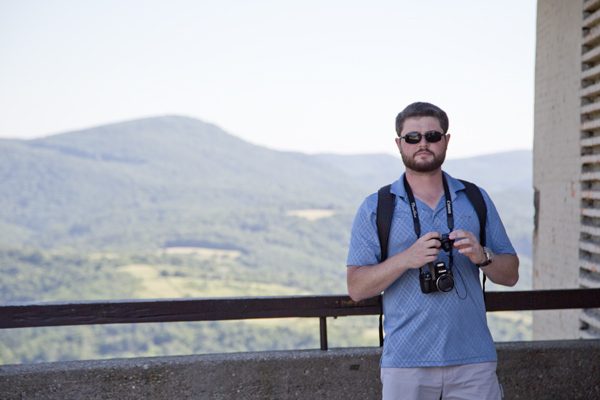 Another shot of Mat

Visegrád was one of the castles I toured when I visited Hungary for the first time several years ago and because of its proximity to Budapest it is a must-see if you are going to be spending any time in the Hungary. They have done a great job of restoring the castle and they have demonstrations in activities such as archery, adorable little souvenir shops and wax museum in the citadel that gives you an idea of what life would have been like for those living in the castle. Mat and Big Guy were absolutely in love with the castle and Big Guy commented that he wished that he could have lived there (I’m sure Little Man would have loved it too, but he had fallen asleep on our way there so David’s Aunt Kati stayed behind with him in the car). 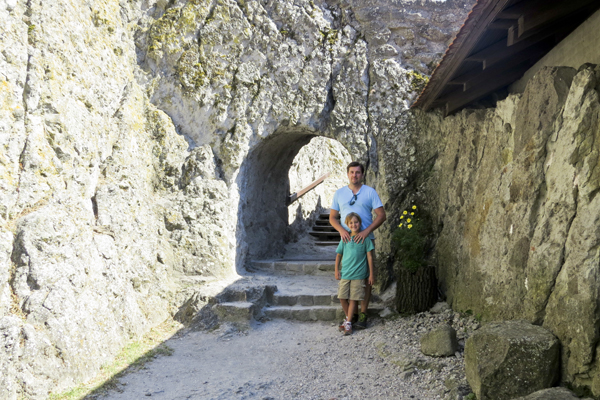 Posing by one of the castle archways 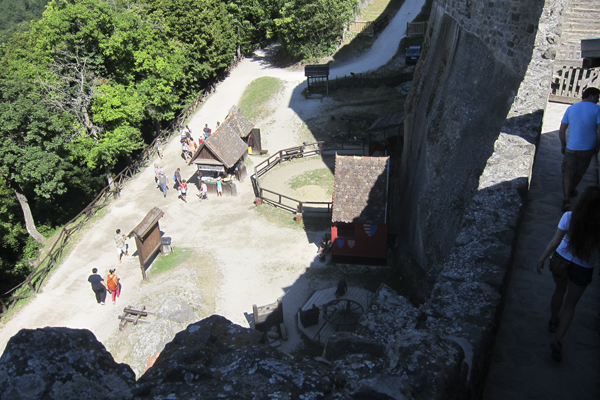 Looking down from the top of the castle tower 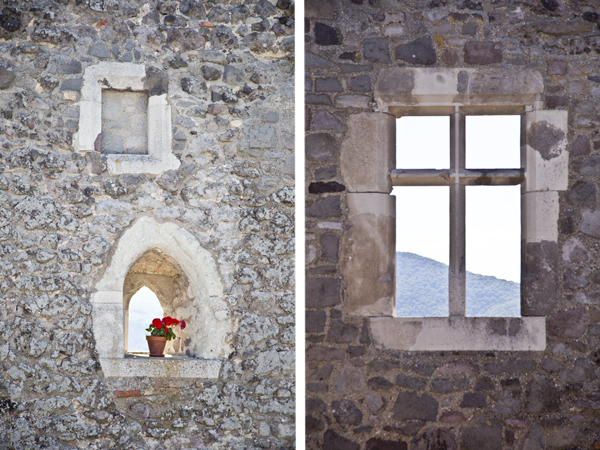 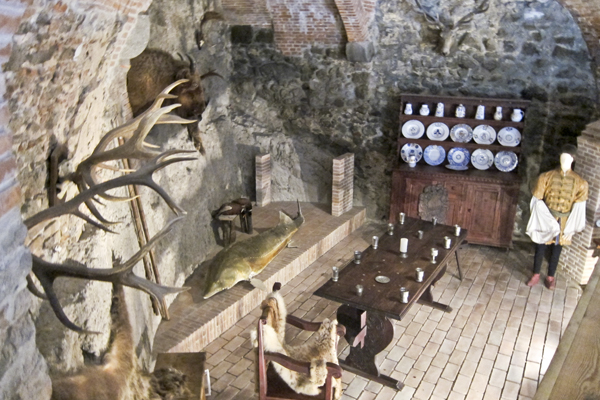 One of the interior displays 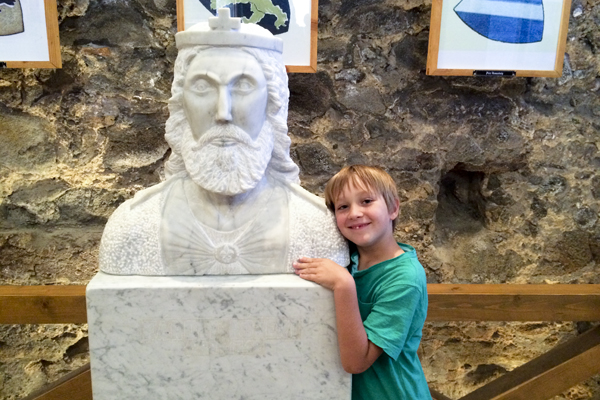 Big Guy posing with the statue of King Béla IV 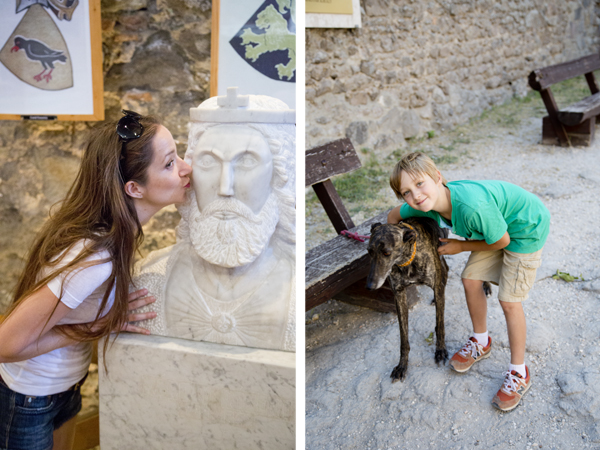 After our castle tour was complete, we made our way to the riverside town of Szentendre. It is a lovely tourist town littered with adorable shops and restaurants. “Fő tér”, Szentendre’s Main Square was absolutely packed with people on this particular night because they were setting up for a music festival. Deciding to avoid the crowds we opted to stop at one of the restaurant terraces for a late afternoon snack of lángos. If you’ve never had lángos, I can assure you that you are missing out on one of the best foods in the world. It is a Hungarian specialty where they deep fry flat bread dough and then smother it with toppings (my favorite is garlic, sour cream and shredded cheese). Mat took one bite and asked, “Where have you been all my life?” It was a hit. After our snack, we made our way toward the Duna and took a long walk along the river before returning to Kati’s house in Budapest. 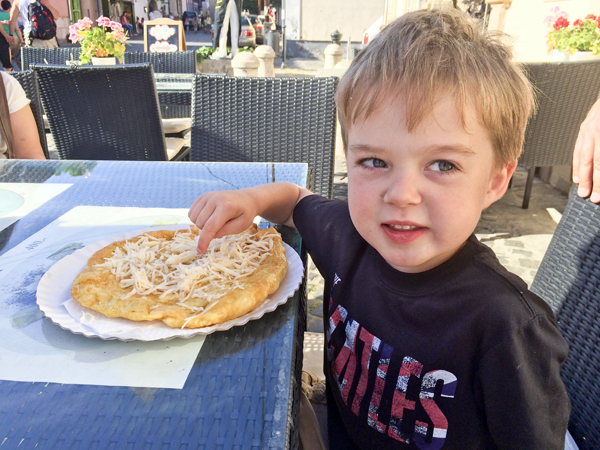 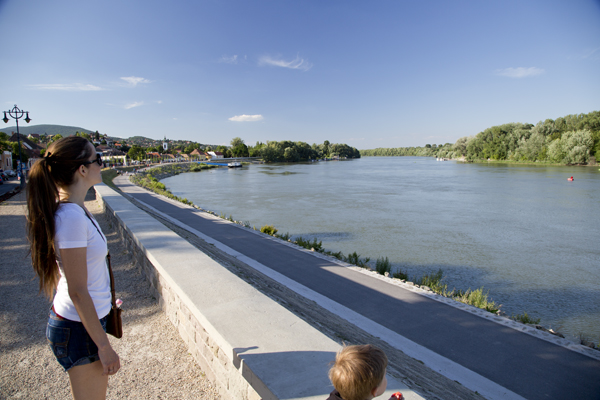 Walking along the Duna (Danube) 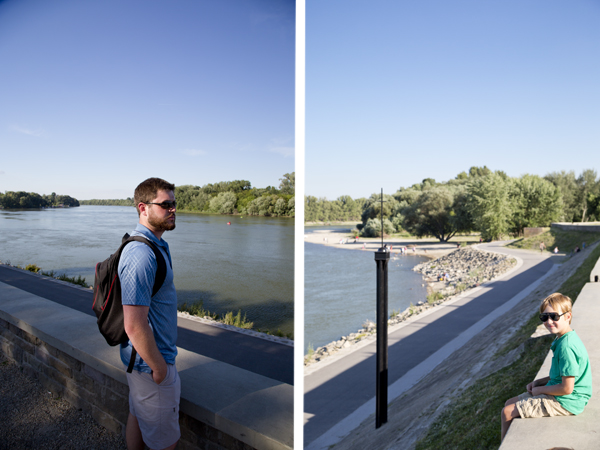 Mat and Big Guy taking in the sights.

I hope that you’re having a happy Friday!