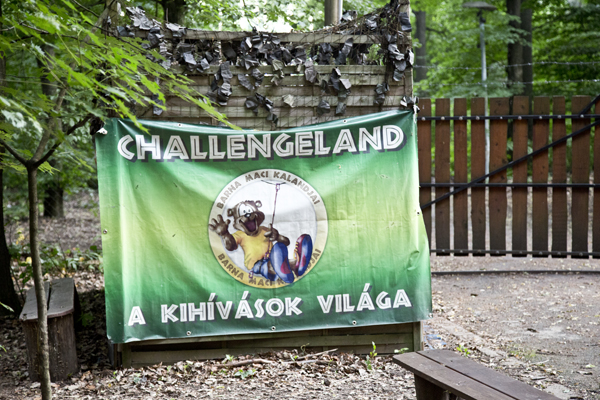 We spent the day in Budapest with David’s cousin, Ákos, his wife Valerie and their son who is not only one of Big Guy and Little Man’s cousins, he is also one of their best buddies. After strolling around the mall for a bit and having lunch while our car window was being fixed (Ákos knew a guy that could fix it – and for a lot less money than they had wanted in Italy), Ákos asked if we wanted to visit an adventure park with a ropes course. It was no surprise that Big Guy and Mat were on board immediately, but I was surprised at the enthusiasm both Little Man and David expressed, especially considering David’s substantial fear of heights. 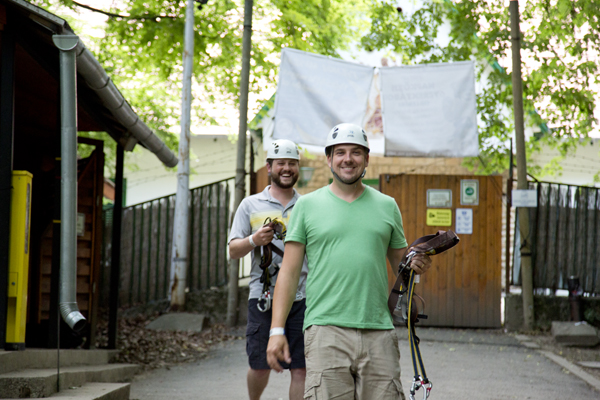 David and Mat getting ready to go on the ropes course. 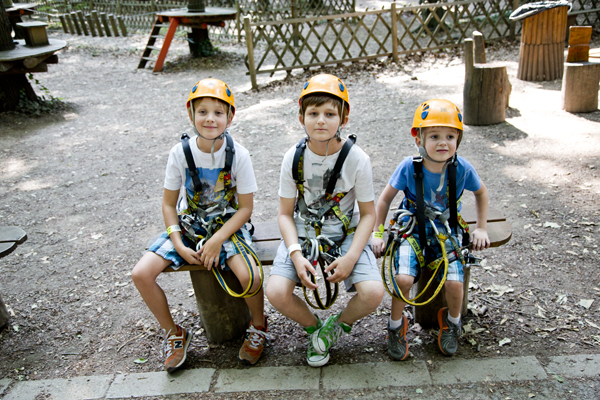 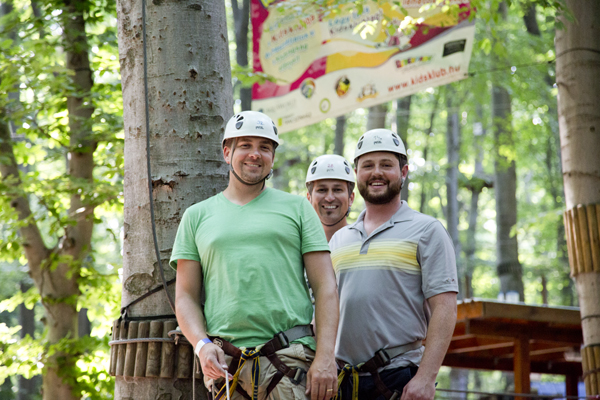 The three amigos before they started their journey.

Challengeland Kalandpálya is located in Budapest’s 12th district (on the Buda side) and it is in the middle of a densely wooded area that makes you feel as though you are deep into the forest when you’re actually still in the middle of the city. Valerie and I weren’t exactly dressed for a ropes course (they don’t really consider flip flops – or any other type of sandal for that matter– to be proper footwear) so we chose to watch and follow the little boys around. Watching actually turned out to be pretty fun albeit a bit hands on. This was especially true when it came to Little Man, who was absolutely terrified yet determined to finish the course. At one point I told Little Man that he was very brave and he said, “No I’m not, Mommy. I’m so scared.” I explained that being scared but still doing it anyway was exactly what made him so brave. It isn’t bravery if you aren’t scared. 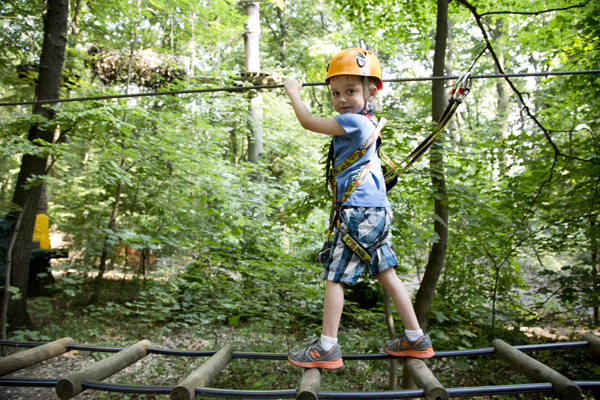 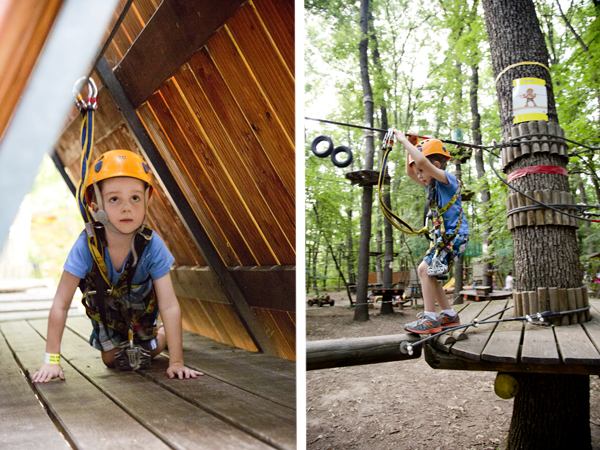 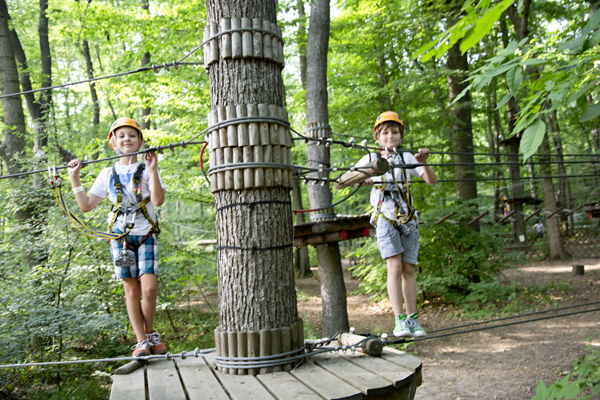 Big Guy and Best Buddy rest on a platform in between challenges. 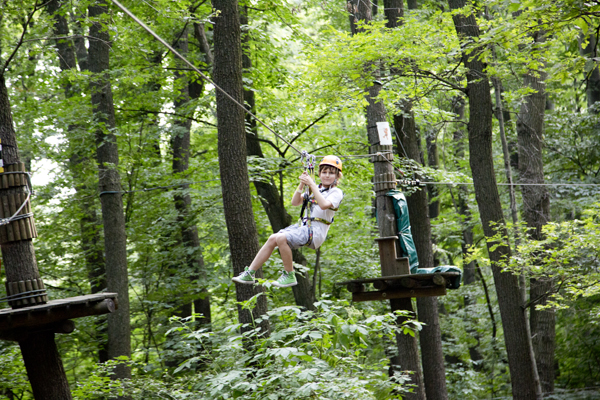 Best Buddy got the hang of things quickly. 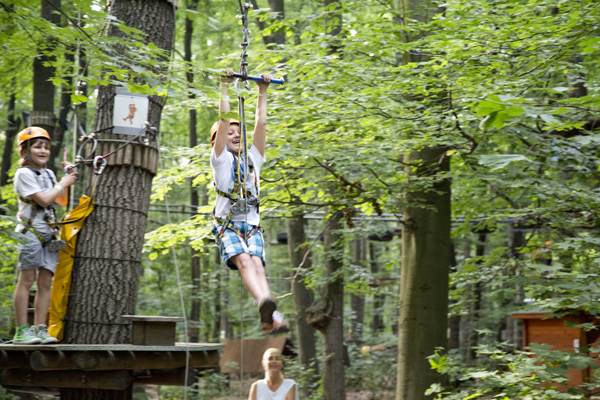 Big Guy lives for this kind of adventure. 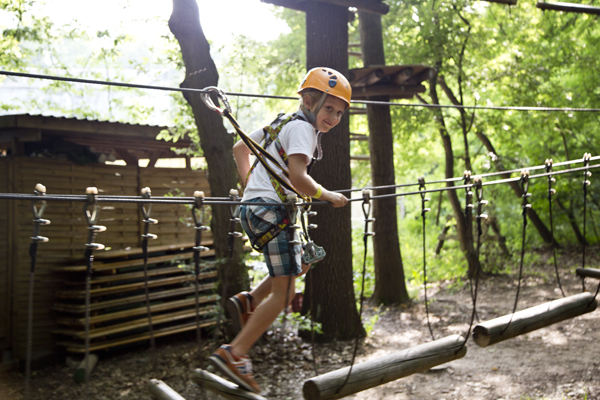 This is one of those rare moments that he actually looks back to make sure I’m watching.

Little Man was only big enough to do the smallest course, but Big Guy and Best Buddy were tall enough that they could go a lot higher and after mastering the first few courses, one of the instructors actually walked them through a far more difficult course that took them a bit out of their comfort zone. Despite being incredibly high in the air, they were not nearly as concerned as Valerie and I were. If the little guys were a bit out of their comfort level, the big guys were way out of theirs. They completed their first course with no problem at all so they decided to skip a few levels and go straight to one of the harder courses since we didn’t have much time before the park was closing. They got about half way through the course and really wanted to quit, but there was no way they could do it without retracing their steps, which they felt was out of the question. Their only other option (aside from falling) was sucking it up and finishing the course. They worked together as a team coaching and encouraging each other all the way to the finish. Each guy had a look of absolute relief as he repelled down his final rope. If you are an adventurous person, this might be right up your alley. 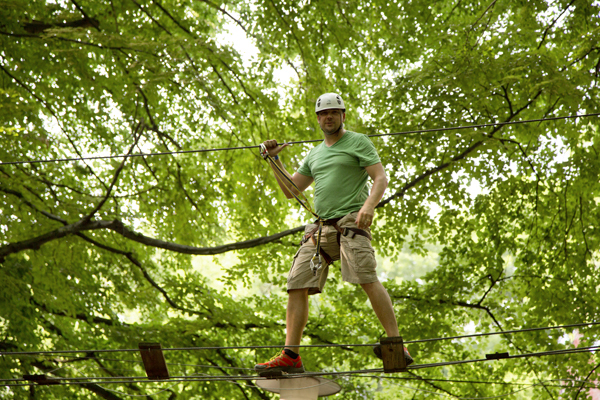 This is David right around the time they started wondering what they had gotten themselves into. 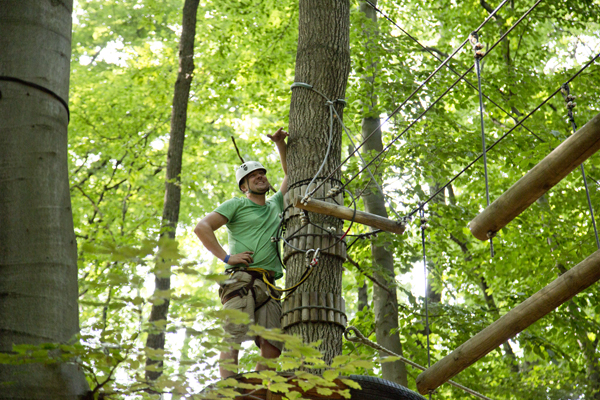 Here he is looking relieved that he has made it to a platform. 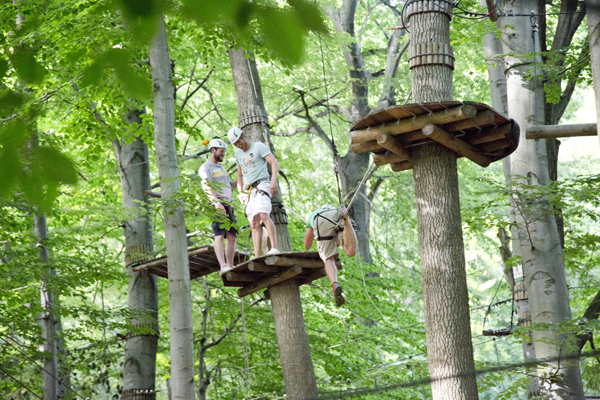 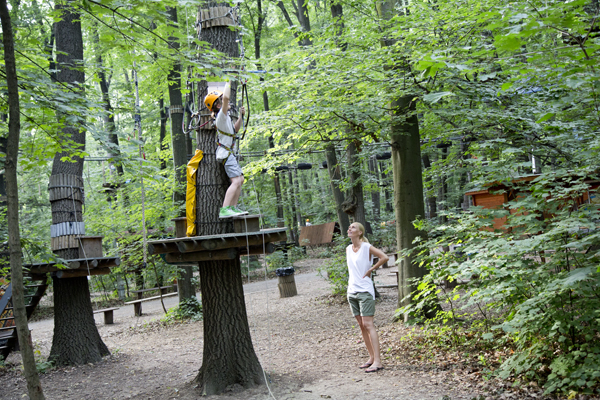 Meanwhile, Valerie and I watched as the younger boys were having the time of their lives. 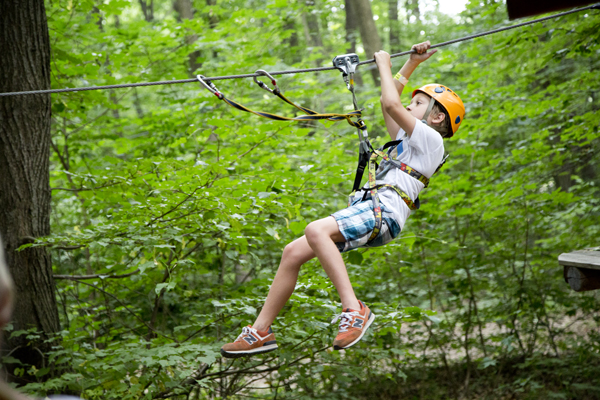 This is so his idea of a good time. 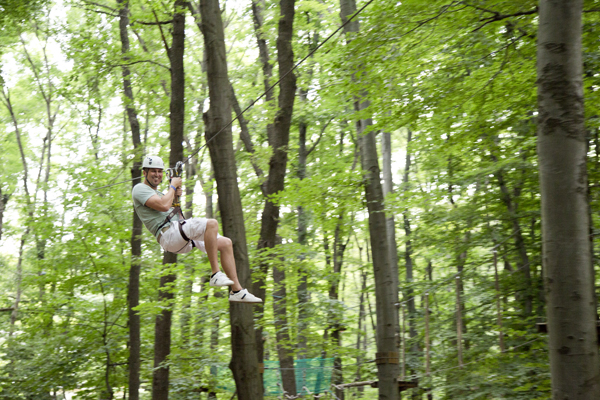 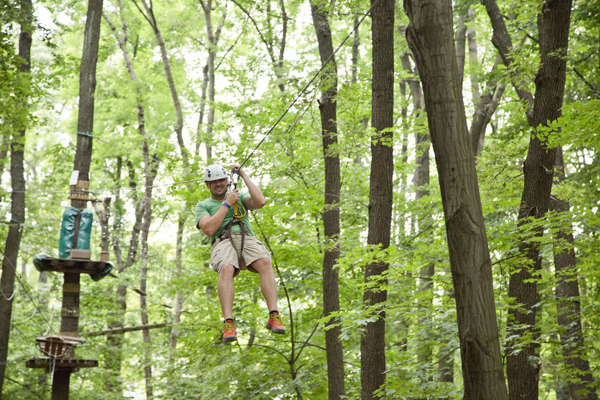 They were so ready to be done. 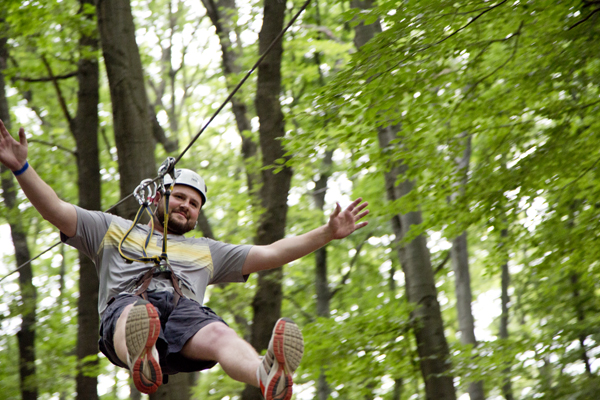