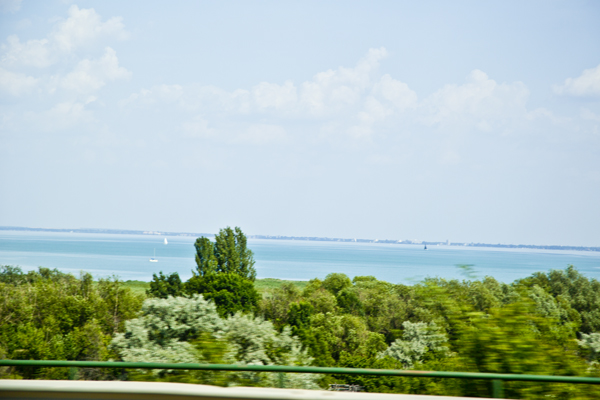 Lake Balaton – Yes, it really is that blue

David’s aunt and uncle have a weekend retreat in Balatonfüred which is located on the north shore of Lake Balaton (Hungarians simply call it Balaton) and they insisted that we stay at least one night and enjoy life on the waterfront.  They took us out to dinner at a charming lakeside restaurant along the Tagore Promenade called Borcsa Étterem (étterem simply means “restaurant” in Hungarian). Our food was phenomenal, the views beautiful and the service wonderful. I cannot recommend this place highly enough. 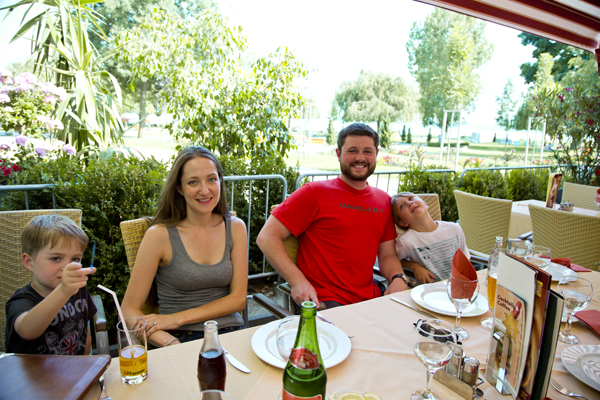 Sitting down to dinner 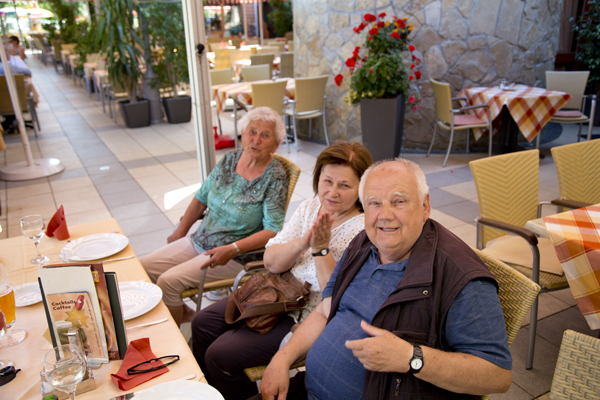 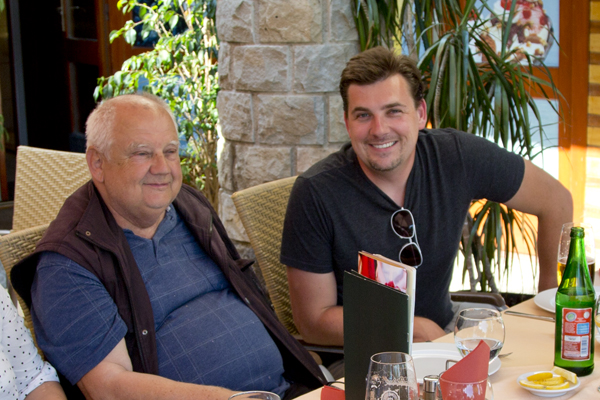 After dinner Dédi returned to Budapest with David’s aunt and uncle while David, Mat and Big Guy all took to the water for a swim. Little Man was still feeling a bit under the weather so the two of us stuck to the shore. They had a great playground and I was proud when Little Man was able to use his Hungarian language skills to befriend two adorable sisters who were playing on the nearby swings. We enjoyed the beach (which is known as a “strand” in Hungarian) until after sunset and then we picked up some water and snacks before returning to the apartment where we watched American movies dubbed in Hungarian on TV before drifting off to sleep. We had been going like crazy on our road trip up until this point so it was nice to have a night of nothing but relaxation. 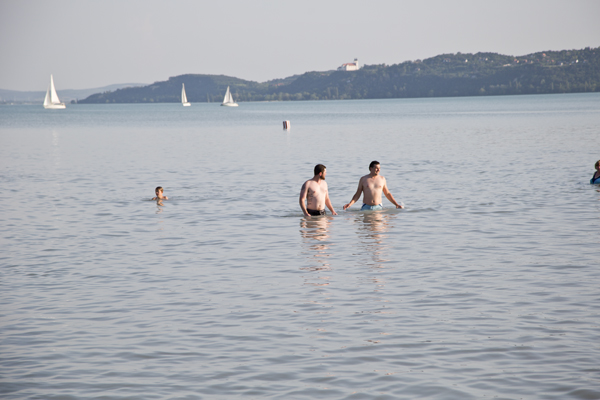 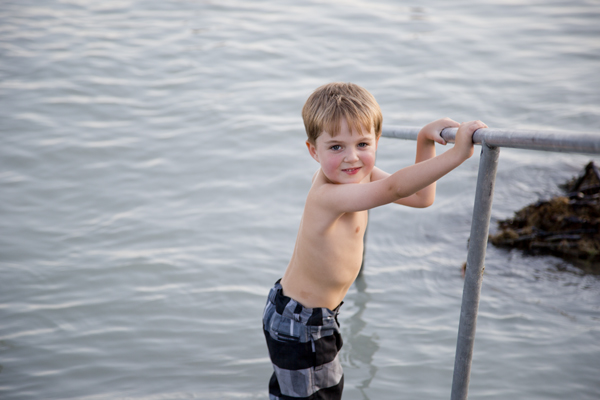 Little Man dipped his toes in the water, but decided to stay dry. 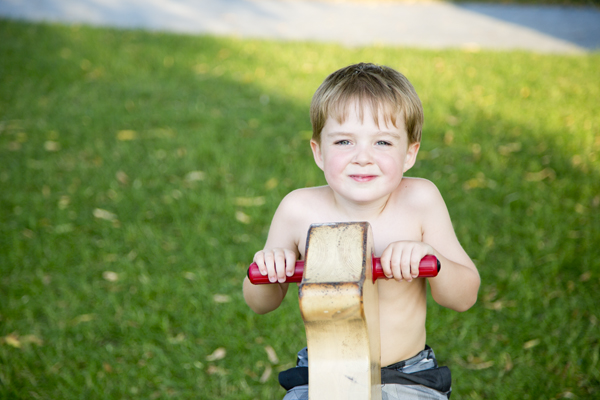 Playing on the playground