After we programmed the GPS to take us to the actual Republic of San Marino and not just San Marino Avenue, we finally arrived at our destination, and what a destination it was! Something I have discovered while traveling is that the world has a seemingly endless supply of beautiful locales. I find myself thinking, “this is the most perfect place ever,” and while everywhere I go can’t possibly be the most perfect place ever, I suppose it is (at least to me) in that given moment. 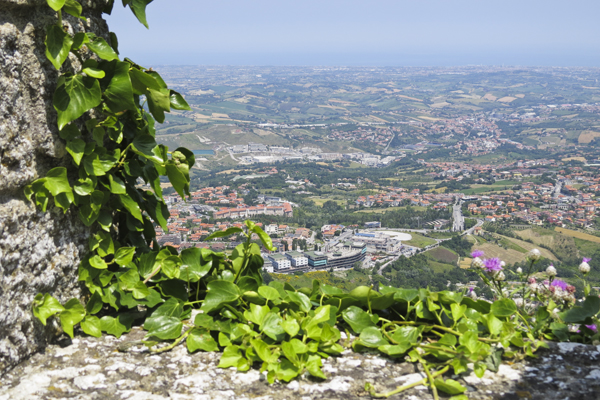 Looking out from atop Mount Titano

Wikipedia describes The Republic of San Marino as an “enclave microstate surrounded by Italy.” What is doesn’t say is that the Most Serene Republic of San Marino (this is how it is actually known. In Italian it is “Serenissima Repubblica di San Marino”-also via Wikipedia) looks like it waltzed straight out of a book of fairy tales and set up shop right smack in the middle of one of the loveliest parts of Italy. 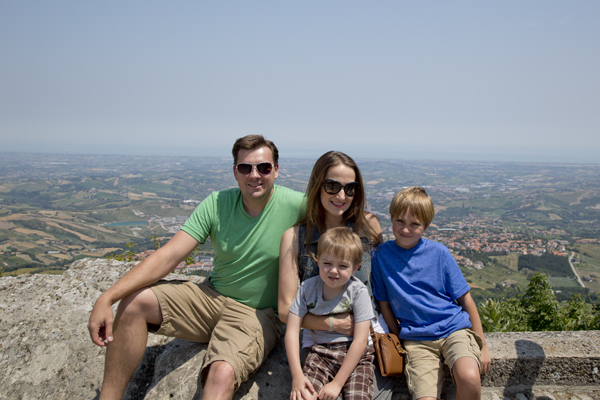 With my boys in San Marino.

Well, on this particular day in San Marino it was exceptionally beautiful in every direction. In the center of San Marino lies Mount Titano, which has three peaks with ancient towers atop each one: Guaita, Cesta (also known as De La Fratta) , and Montale. We visited Castello Della Guaita (the Fortress of Guaita) which is the oldest and most famous of the three towers. I’m not one to be afraid of heights, but when we climbed to the top of the fortress there were times that I actually became weak in the knees at the thought of how far off of the ground we were. I mean, not only were we up high in the castle, but the castle was literally on the edge of a cliff, so when you looked down, you were looking way down. If you were to say, fall out of a window your chances of survival weren’t slim, they were none. My new fear of heights was only intensified when David asked Mat if he thought anyone had ever inspected the safety of the masonry at the castle (this was compounded by the fact that the place where we were standing may have had a few missing stones which meant that you could look through the gaps in the floor and see all the way down to the bottom of the cliff). 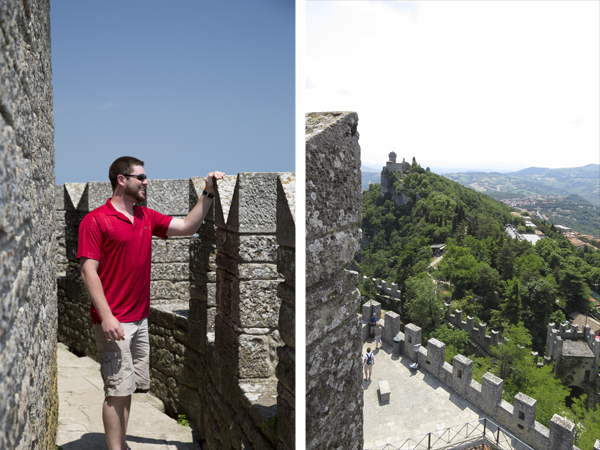 Mat contemplating if anyone had checked the masonry.

(that is 11 pounds of delicious chocolate hazelnut spread)! We thought that the giant Nutella container at the restaurant where we were having lunch was merely for decoration but it turns out that not only were they were completely full, they were also for sale. I commented that no one could ever possibly eat five kilograms of Nutella to which David and Mat simultaneously replied, “I would love to try.” 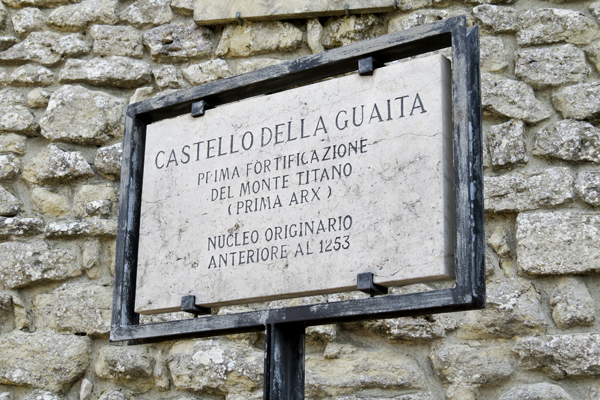 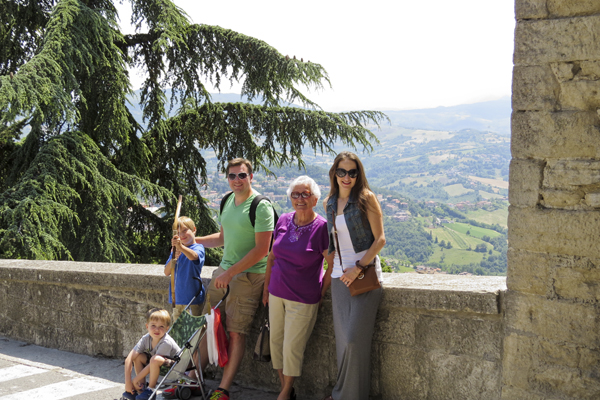 Posing outside the gates. 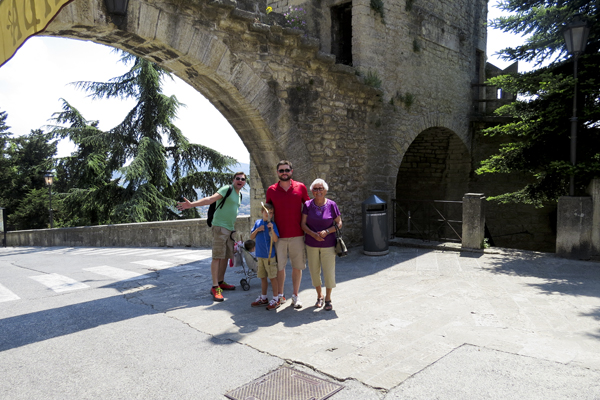 And once more just inside. 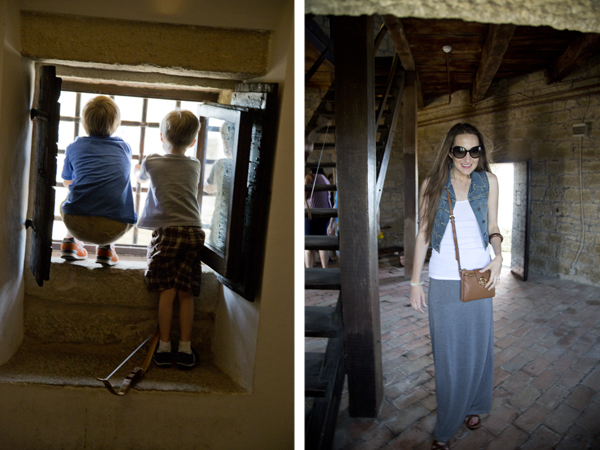 The boys looking out one of the windows and me after expressing that I was feeling weak in the knees. 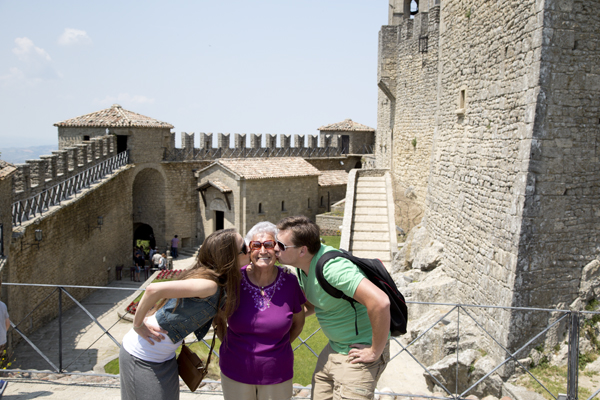 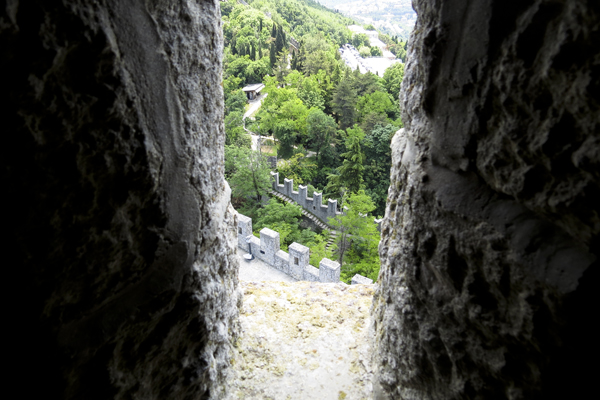 Looking down through one of the windows. 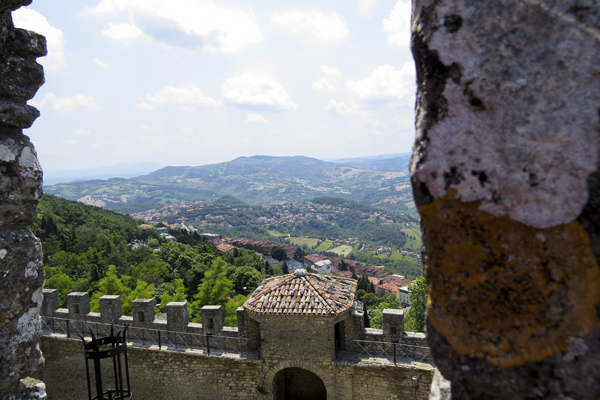 Another view from the tower. 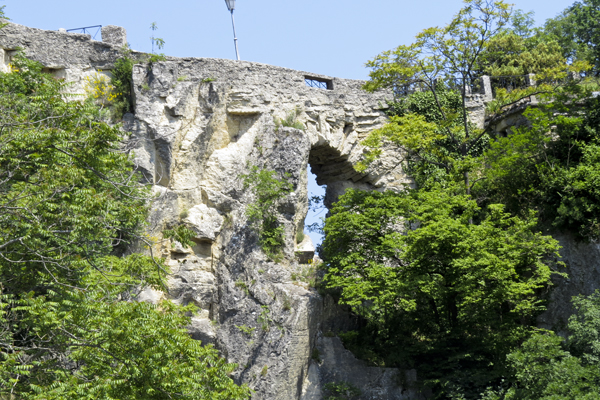 The side of the fortress. 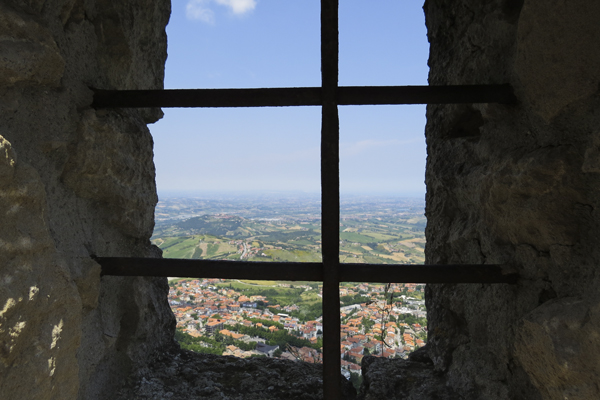 You can see all the way to the Adriatic Sea! 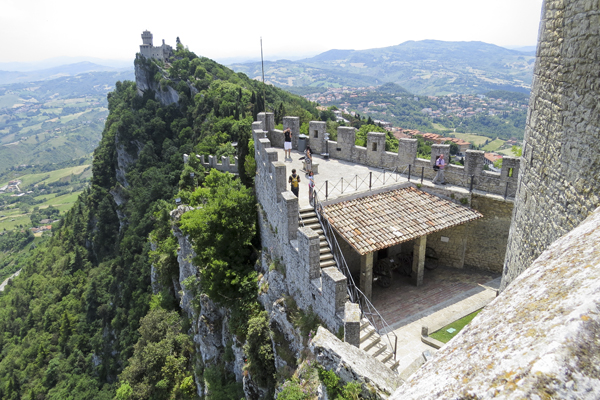 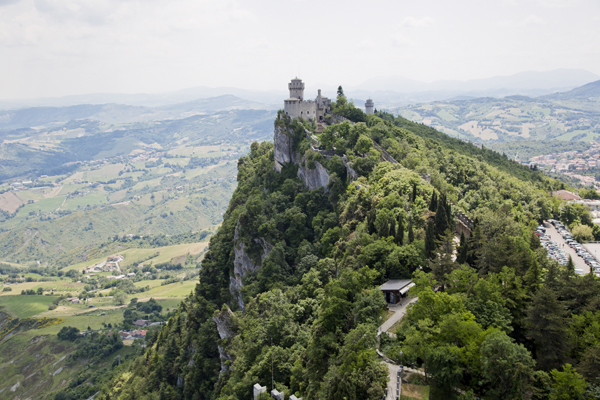 Another view of De La Fratta – It seriously looks like it’s straight out of a fairy tale! 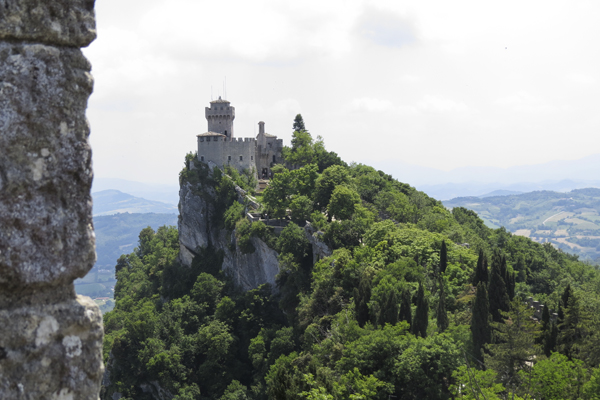 And one final shot!