On Friday I had a date with my little men. It was a short day at school for my eldest, so I thought it might be fun to take them to the movies (since most of the schools in the area had full days, it was a great chance to see something that has just come out, without a huge crowd). Both boys have been eager to see Oz: The Great and Powerful ever since they heard it was coming out in theaters. They are huge fans of The Wizard of Oz

thanks, in large part, to Tom and Jerry. You see, they were first introduced to the land of Oz in the cartoon, Tom and Jerry & The Wizard of Oz

in which Tom and Jerry accompany Dorothy and Toto on their adventures over the rainbow. After watching the cartoon, we showed them the original and I was sure that they would think that the special effects were amazing (they didn’t) and that they would be as terrified of the flying monkeys as I was at their age (they weren’t). Overall, they thought the movie was okay, but, given the choice, they preferred watching the Tom and Jerry version (and watching it again… and again). 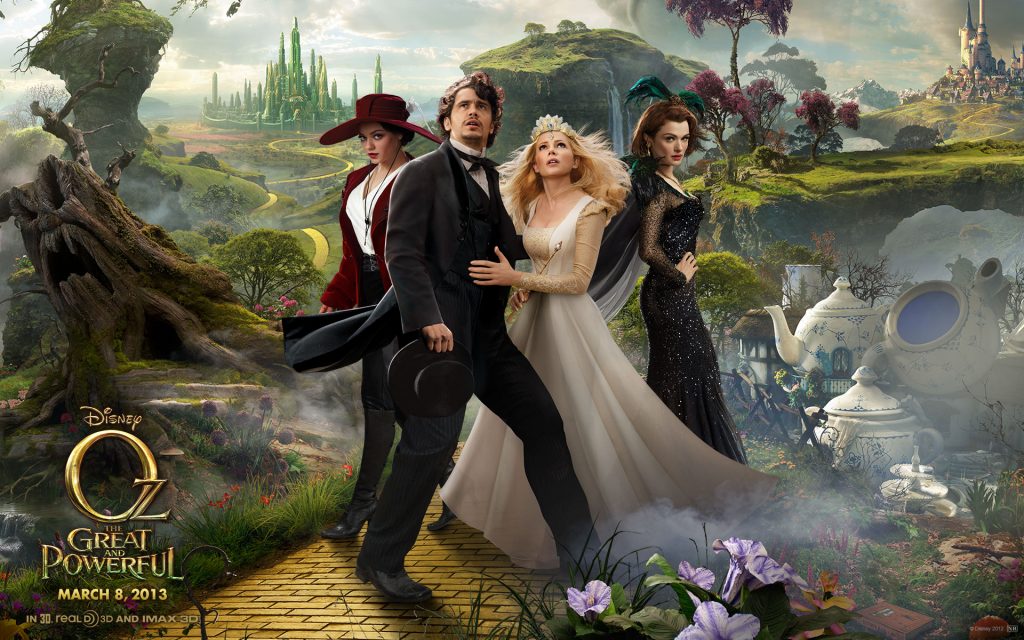 When I suggested that we go see the “new Wizard of Oz” movie both boys jumped at the chance. I’m not sure if they were more excited about seeing the movie or getting Red Vines, popcorn and an Icee from the concession stand (because going to the movies is one of the only times I let them have red dye). The theater was surprisingly full for a school day at one in the afternoon, but we had great seats so the kids were happy. After watching seven previews (my youngest asked how many movies we had to watch before the real movie started) the movie finally started. The Kansas scenes are in black and white, just like the original and it makes it all the more powerful once the movie takes us over the rainbow and into the wonderful world of Oz. And it is wonderful. The special effects were stunning and the costumes were divine (even though the ruby red slippers didn’t make an appearance thanks to a Warner Brothers trademark… I also read somewhere that they have a trademark on the Wicked Witch’s chin wart, among other things). The story is cute; if not a bit predictable (It was a prequel though so the predictability wasn’t all that unexpected) and we are introduced to some fun new characters and there are some amusing tributes to the original film (scarecrows play an integral role in one of the film’s plot points).

Both of my boys loved the film and have insisted that we buy it on DVD when it comes out. I thought it was a little bit scarier than the original (mainly due to the menacing flying monkeys) but the boys disagreed, insisting that it wasn’t scary at all (they’re not scared of the Lord of the Rings films though, so they aren’t really the best judge of what is and isn’t scary for little kids). The film is definitely not as scary as Return to Oz

, which was definitely one of the most twisted movies I saw as a little kid (it might actually be scarier than The Last Unicorn

). If you like the Judy Garland classic, then Oz: The Great and Powerful is totally worth seeing (and if you want to take your kids, as long as they weren’t afraid of the original they should be fine).

(if anyone knows were to get these Ruby Reds by Jimmy Choo, let me know).