David, the boys and I stopped by my parents’ house this weekend and I had another run in with a rattlesnake. This one was way too close for comfort. I was outside by myself and bending over to turn on a hose when I saw it, no joke, less than two feet away from my face.

When you see a rattle snake in your path, you are supposed to back away slowly and calmly so that you don’t startle it. Everyone knows this. I know this. I’ve even repeated it to my kids. Yet, when faced with a rattlesnake’s face just inches from my head, completely within striking distance mind you, did I slowly, and calmly back away? Um, no. In fact, I did the exact opposite of everything that you’re supposed to do when encountering a poisonous snake. First I screamed; yes, that’s right I screamed before backing up, before even straightening up (I was still bent over, head next to snake… I practically screamed in its ear!). I’m the girl in horror movies that you yell at for being stupid. So I screamed and then I jumped away (not without stumbling…twice) and then I fled as quickly as I could into the house all the while screaming like a mad banshee. If there were a public service announcement for exactly what you should not do in this situation, I could have been the spokesperson. Oh, and did I mention that in my rush to get help, I forgot to shut the door? Hello… Jennifer? The snake cannot get into the house unless someone is stupid enough to leave the door wide open! Fortunately the snake was either really mellow or having an off day (or maybe it was just so stunned that anyone could be so utterly foolish) because it didn’t react (nor did it enter the house…thankfully).

David, however, did react. He thought for sure that I had cut my finger off… again… don’t ask. When I was able to stop babbling long enough to relay what had happened, I think he wished it had been just my finger. Unfortunately a rattlesnake is not something you just ignore in the hopes that it will go away, at least not when small children and dogs are around. We called Animal Control, got the boys situated in front of the television and David changed into two pairs of jeans, boots, elbow length gloves and found a large shovel (because he erroneously believed that I would ever let him get close enough to a snake to kill it – he said that it was just in case Animal Control could not get there quickly enough). We settled in for a long wait. LA County Animal Control said that it could take them up to an hour to get there (and it did). We watched through the window as the snake got comfortable in a lavender bush for a quick nap.

We thought that things were going to be easy but then had a bit of drama when the snake made its way through the lavender bushes and under the fence separating my parents’ house from their neighbors. David had to run over to inform the neighbors of what was going on and that they might want to keep their dogs inside (I’m actually a little surprised that they answered the door considering he was still wearing his ridiculous outfit… gloves and all… and he was toting a rather sizable shovel…do people not watch scary movies anymore?). While he was doing this, I was on snake patrol which, as you can imagine, thrilled me beyond belief. Anytime the breeze rustled the trees I was convinced the snake’s friends were preparing for a surprise attack.

At exactly one hour after we made the call, Animal Control pulled up out front. It was the same officer that had been there to capture the last snake and (thankfully) this one put up much less of a fight. I was so grateful that David’s snake wrangling abilities were not put to the test (I think he may have actually been even more relieved than I was). I’m thinking that I might just keep to the inside of my parents’ house from now on. 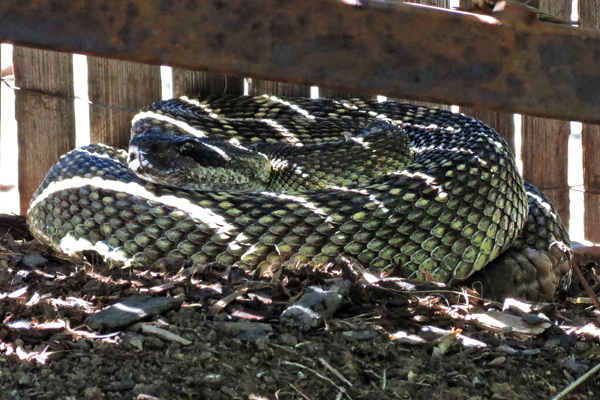 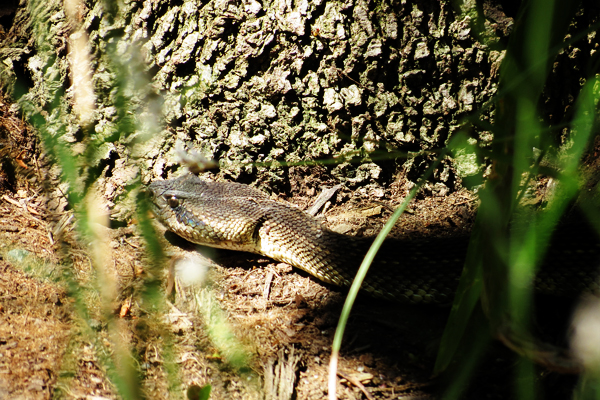 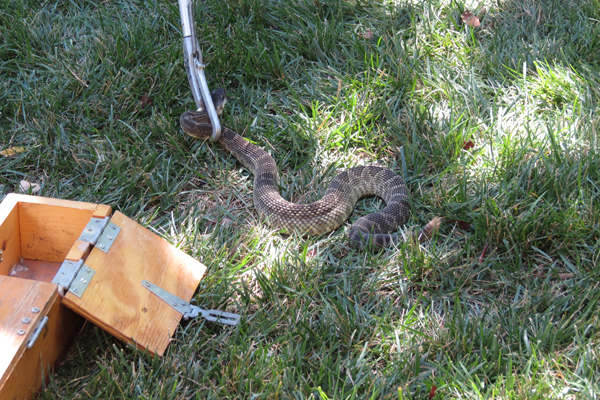