Summer is just around the corner, but if you are in Southern California, it doesn’t feel that way. Looking outside my window right now, there is a thick marine layer covering everything. When my dad’s friend was visiting from Pennsylvania a while back he made fun of our “marine layer.” He said, “Only in LA do people give something as simple as fog a fancy name.” The thing is, a marine layer never feels like simple fog. It is a thick layer that often doesn’t burn off until well into the day and sometimes not at all (and it blows in from the ocean, hence the “marine”). Our newscasters take it a step further referring to this weather pattern as “May Grey.” When it carries over into next month they will call it “June Gloom.” There is no official name for if this carries over into July. By that point it just becomes depressing. Whatever you decide to call it, it does not feel like summer.

The feeling I have right now is sort of like the one I have in early fall when I start to see pictures of people across the country wearing cozy sweaters and boots, sipping pumpkin spice lattes while we were stuck in the middle of a ridiculous heat wave. My mind is ready for the change of seasons, but the weather is not cooperating. As I read all of the latest magazines and trend reports, the cutoff shorts and bikinis have me longing for lazy days in the sun. With the school year quickly winding down, the boys and I are making plans to hit the pool and the beach all summer long. We’ve already compiled our playlist for cruising down PCH (there’s a lot of Beach Boys and Jack Johnson), and we have been filling our closets with summer staples. One of my go-to summer outfits is always a simple tank and jeans paired with sandals (and, of course, my favorite sunglasses) because it can easily go from beach to farmer’s markets to concerts in the park. These pictures were taken several weeks ago before the dreaded May Grey rolled in. David and I had stopped in Malibu to take a walk on the beach in the middle of the work day. As you can see, it was a beautiful sunny day with no marine layer in sight. 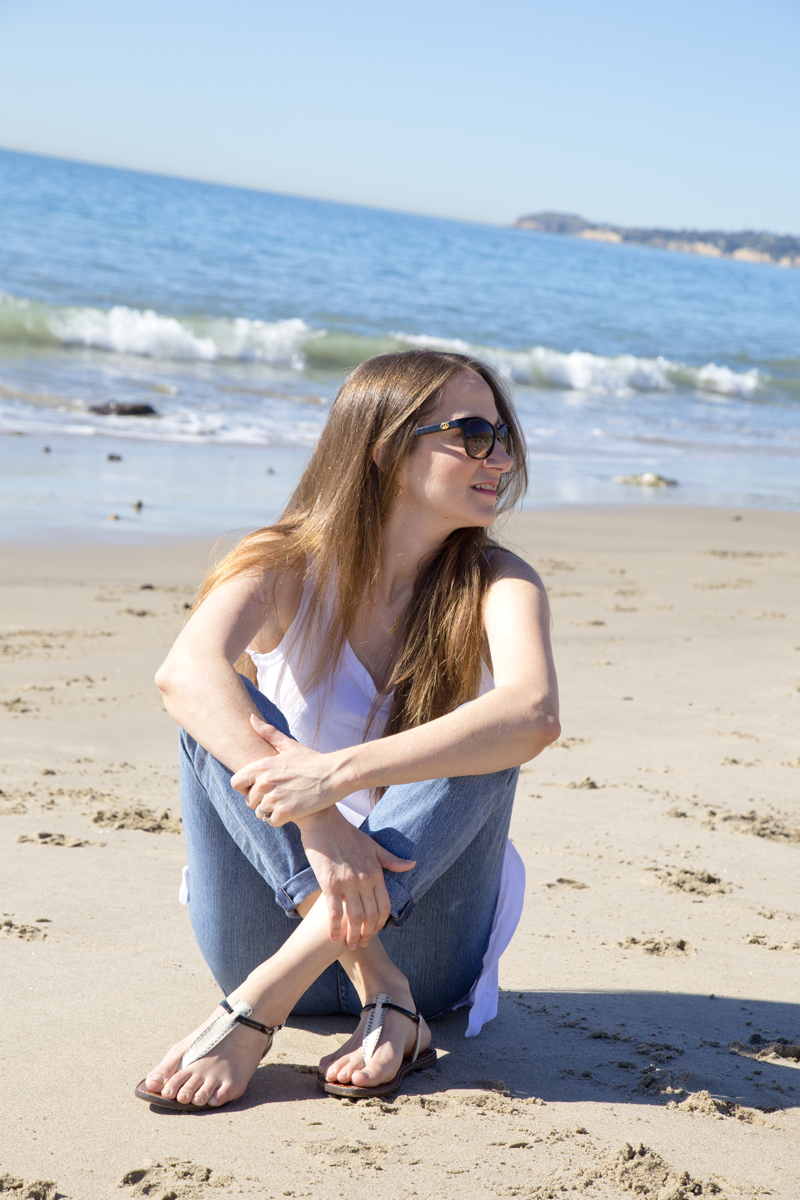 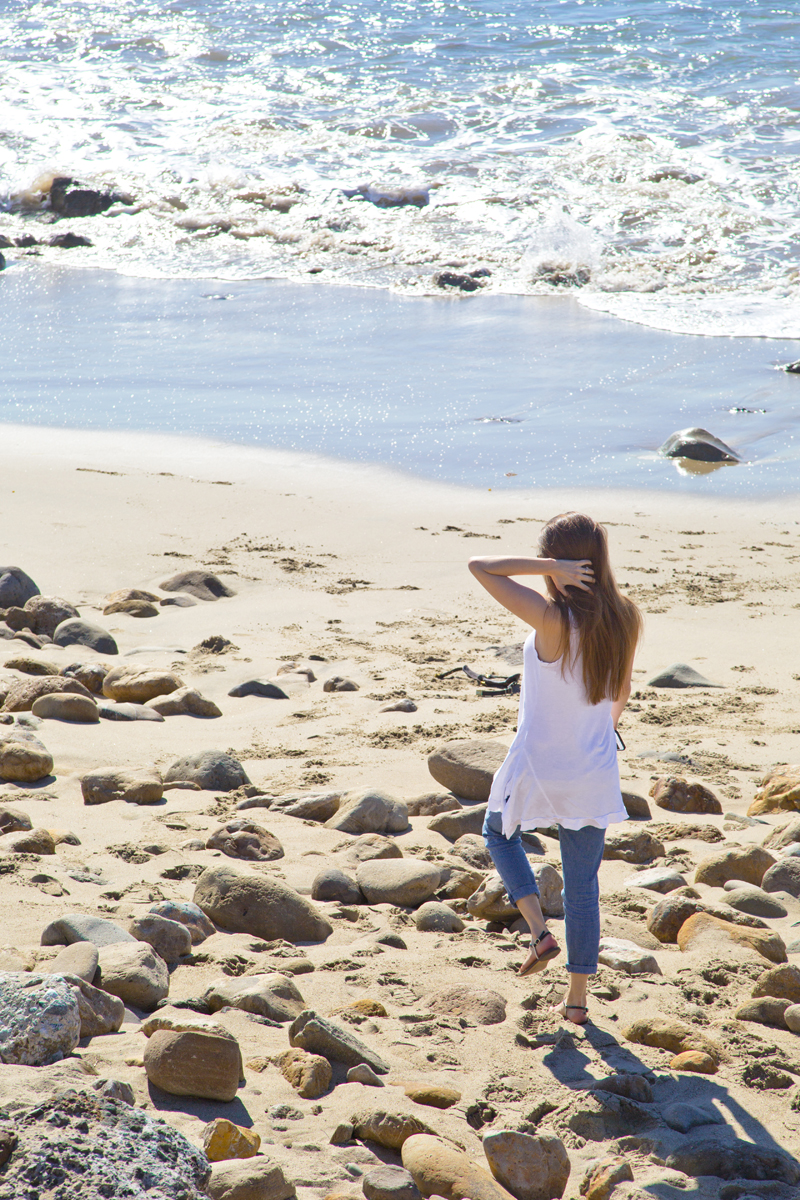 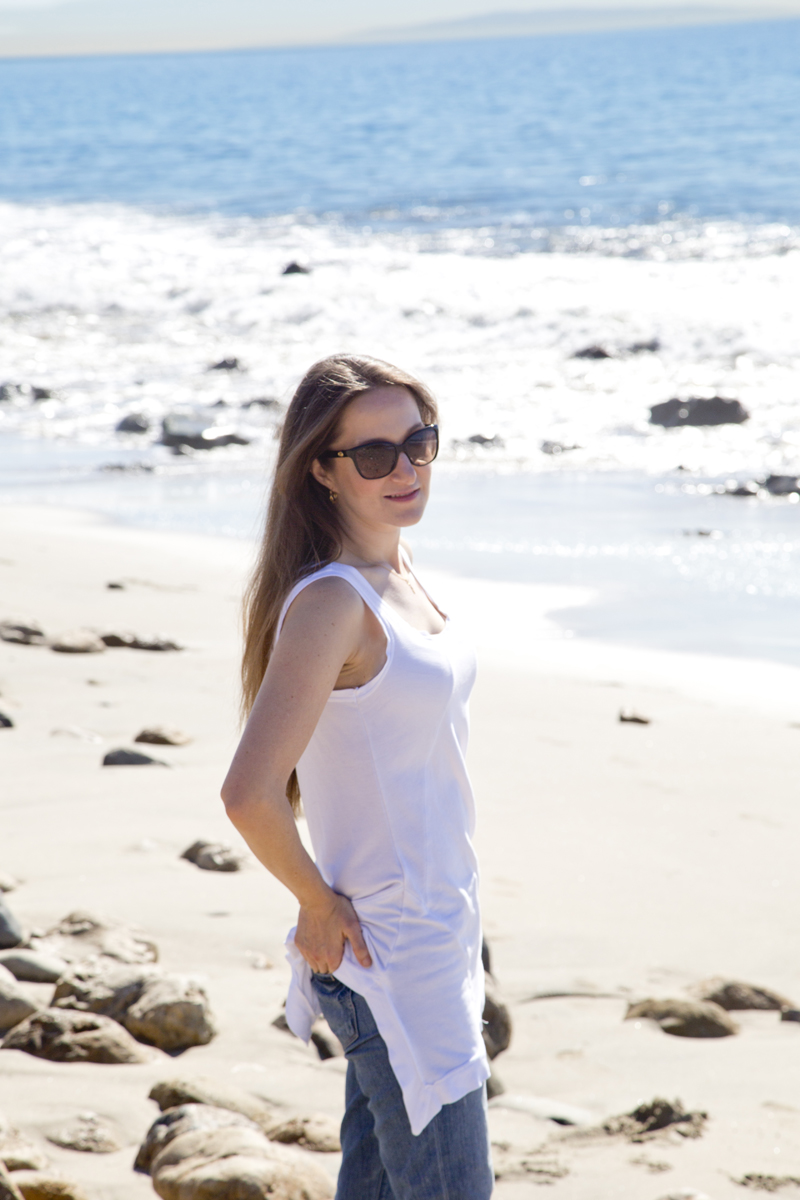