Happy New Year! I can’t believe it is already 2016! I feel like 2015 was just getting started. I also realized that I had yet to officially introduce you to our newest family member. If you follow either me or David on Instagram, you probably have a pretty good idea of what I’m talking about. 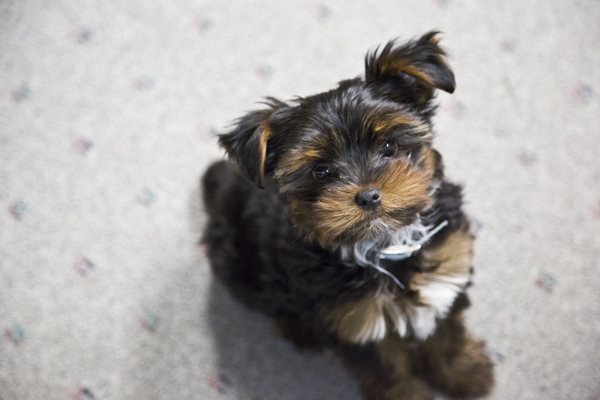 Back in November, we brought home a little teddy-bear faced Yorkshire terrier puppy that we named Zoli. We had not planned on getting a new puppy, being perfectly content as a one-dog household but sometimes life has other plans. We had actually gone to look at a litter of puppies for my dad because he wanted to surprise my mom for Christmas and I had found a local woman who had an unexpected litter of yorkies. When we looked at the two little puppies that were left, they were both so sweet and we couldn’t stand the thought of separating them, plus the boys were with us and were looking up at us with their big pleading eyes. Before I knew what was happening, Zoli was ours. His sister, Maggie, was, as I said before, a surprise for my mom and the day that we brought the puppies over to my parents’ house, she was so sure that my dad would never want another dog that she assumed that we had gone out and acquired two new puppies for ourselves. When she discovered that one of them was for her, she was completely blown away (in a good way) and many happy tears ensued. I believe she referred to my dad as “Husband of the Year.” To say that getting my mom a surprise puppy was out of character for my dad would honestly be the understatement of the year. In fact, when my sister-in-law told my brother that it was going down, he din’t believe her. 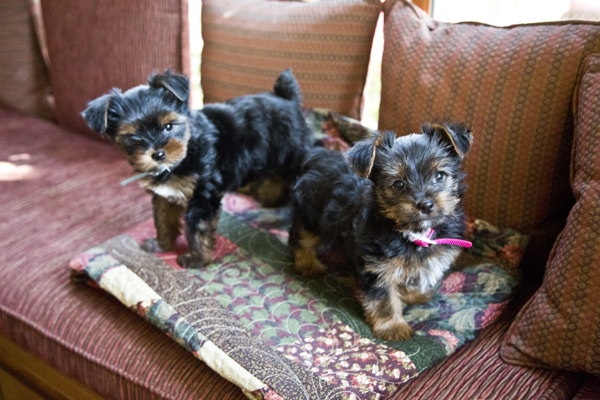 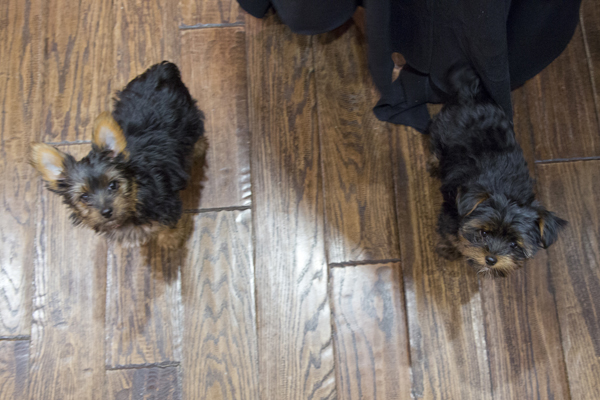 We had forgotten how much fun (not to mention how much work) it is to have a new puppy. Solo was not amused at first, but now that he has gotten used to the little pups, he has come around and actually plays with them from time to time. He also steals their food, but that’s another story entirely. They boys have been extremely helpful and with two dogs in the house, there is no more fighting over who gets to hold the leash when we take the dogs outside. Even my brother’s English bulldog, Dexter, is starting to warm to the puppies. 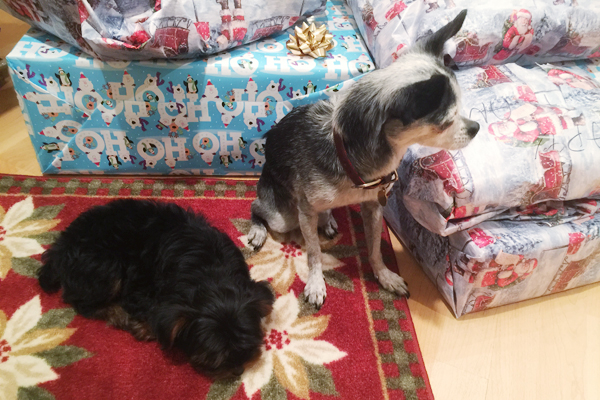 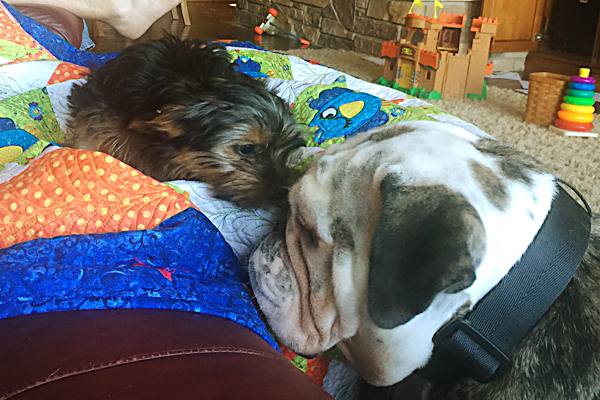 In the short time that Zoli and Maggie have been a part of our family, they have stolen our hearts and it is hard to remember what life was like without them.