I mentioned before that the village where David’s grandmother lives is not far from the Hungary-Slovakia border so whenever we are in Hungary, it is fun to take a day trip into Slovakia to visit the city of Košice (the Hungarian’s call it Kassa which was the city’s official name when it was still part of Hungary). Our main purpose for visiting Košice on this trip was to show Mat and the boys St. Elizabeth’s Cathedral (Dom svatej Alzbety in Slovak) because it is not only a really cool cathedral, but it is also the final resting place of Ferenc Rákóczi II whose sarcophagus lies in the underground crypt. The cathedral is the largest church in all of Slovakia and according to Wikipedia it is one of the easternmost Gothic cathedrals in all of Europe. We were joined on our adventure by our dear friends, Ági, Karcsi, Gabó, Peti, and Gabó and Peti’s sweet little boy. 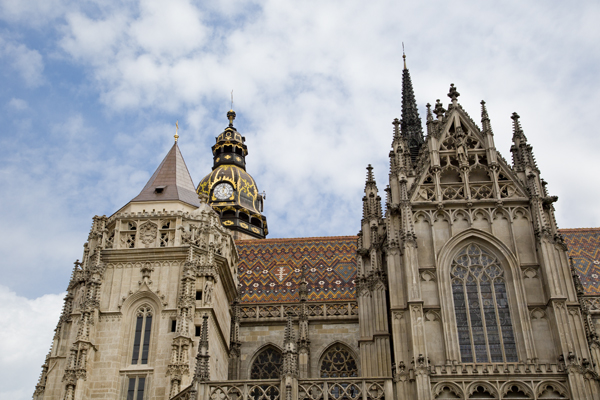 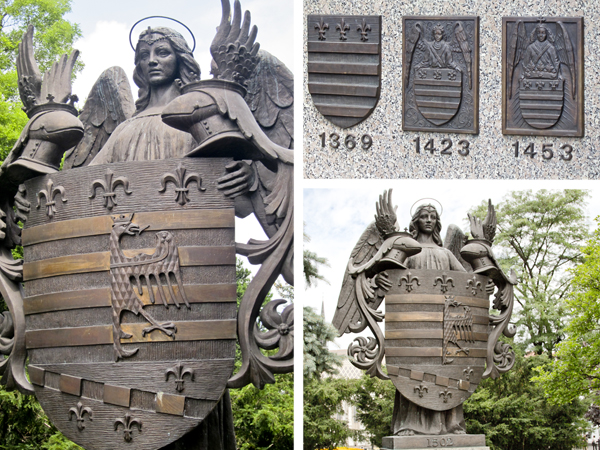 Angel bearing the coat-of-arms of Košice 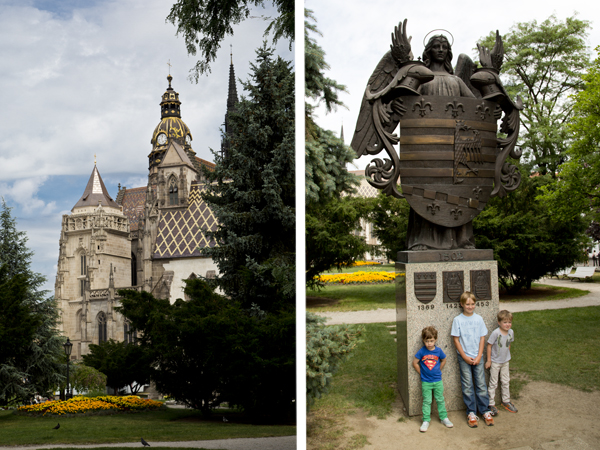 Another view of the cathedral and the boys posing with the angel. 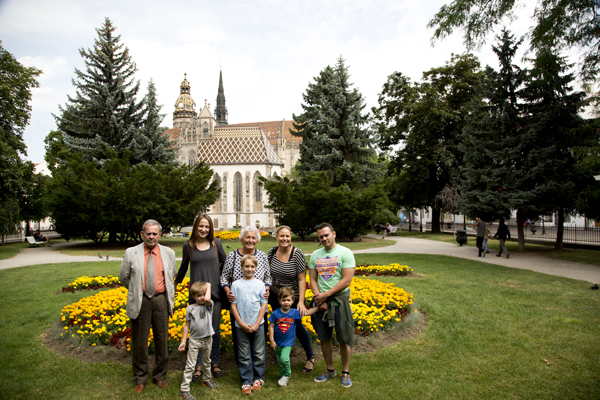 Part of our group in front of the cathedral

Ferenc Rákóczi II was a Hungarian nobleman and freedom fighter who took up arms and led the Hungarians in an uprising against the Habsburgs. He was also a prince (of both Transylvania and the Estates Confederated for Liberty of the Kingdom of Hungary which was the group who was trying to liberate Hungary from Habsburg rule) and a member of the chivalric Order of the Golden Fleece. Today he is considered a Hungarian national hero and when we visited Hungary with my parents in 2006 after a long day of wine tasting my dad announced that Rákóczi was his “guy.” For obvious reasons, we have never let my dad live this down and we take every opportunity we can to send him pictures of his guy. 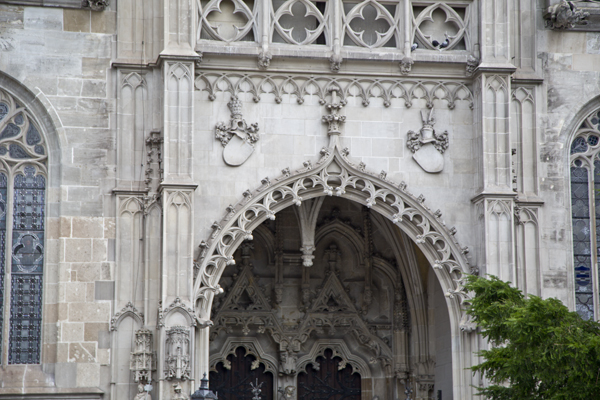 I was in love with the Gothic architecture. 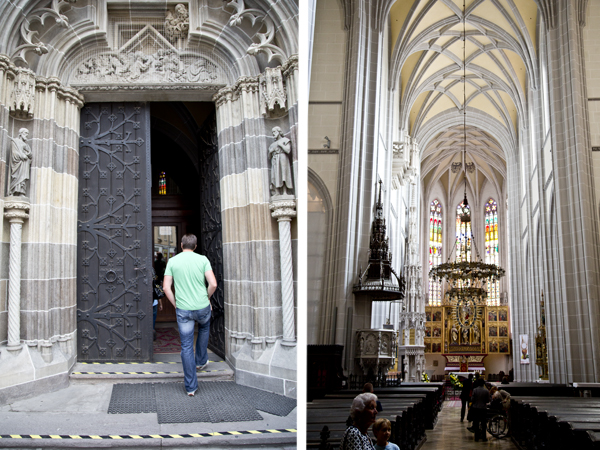 We took a very interesting and in depth tour of the Cathedral and Rákóczi’s crypt with a Hungarian historian (David translated for those of us who couldn’t keep up). My favorite part was her explanation of the church’s fresco depicting the life of Rákóczi. 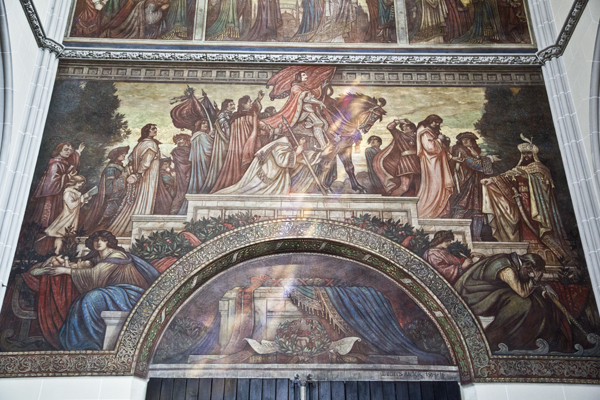 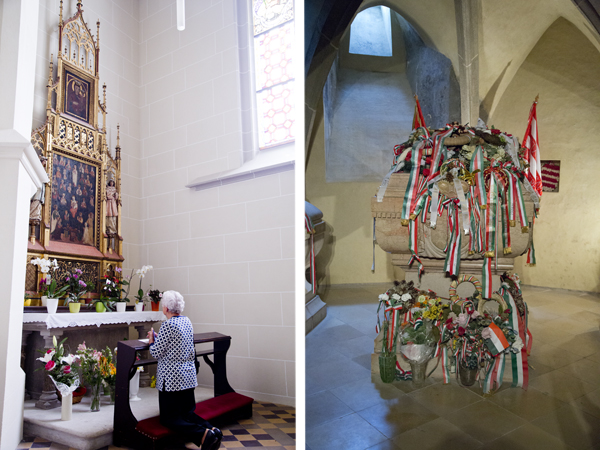 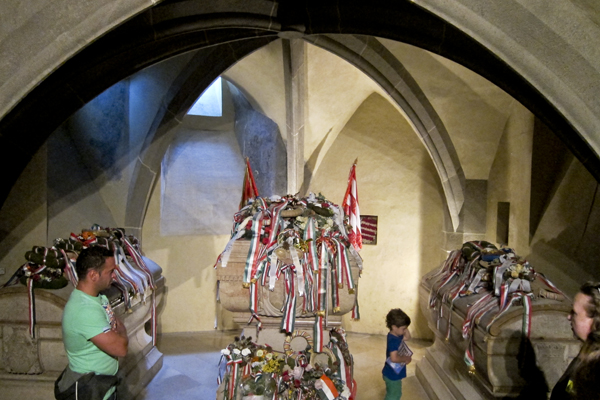 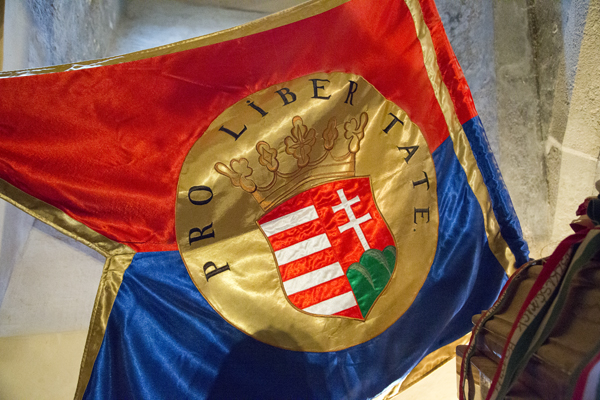 Flag of the freedom fighters

Following our tour of the cathedral, we walked over to the Opera House State Theatre (Štátne divadlo Košice). Between St. Elizabeth’s and the Opera house is a musical fountain where the boys played for quite some time before they wanted to walk over to the main street (Hlavná ulica) to get some ice cream from a local shop. Mat and Karcsi opted to go to a nearby pub instead where David said it was extremely funny to watch two men, one who only spoke Hungarian and one who only spoke English try to order beer from a bartender who only spoke Slovak. Apparently pointing and nodding won out because both men were able to get the beers they wanted. 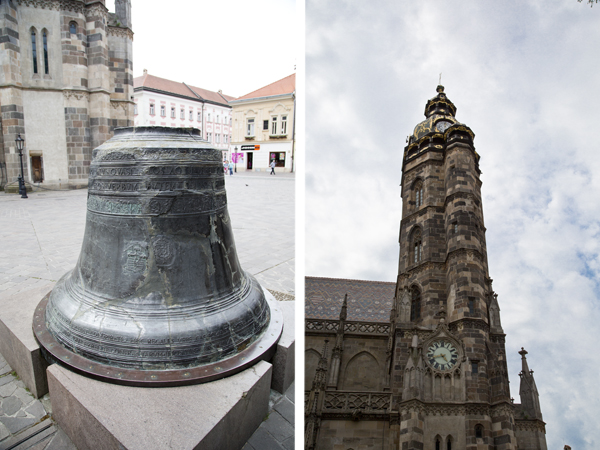 The bell that used to hang in the tower and the tower itself. 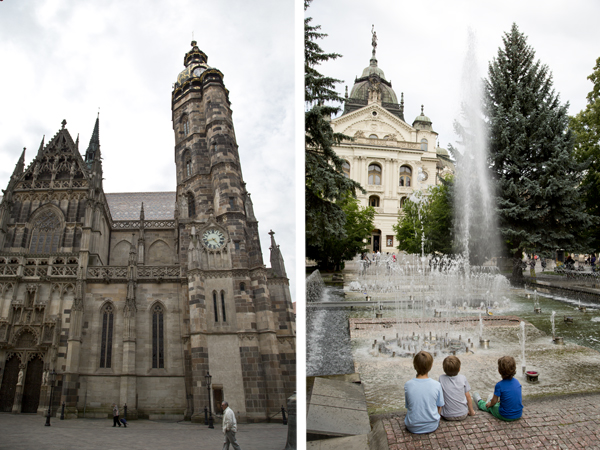 St. Elizabeth’s Cathedral and the Opera House and fountain 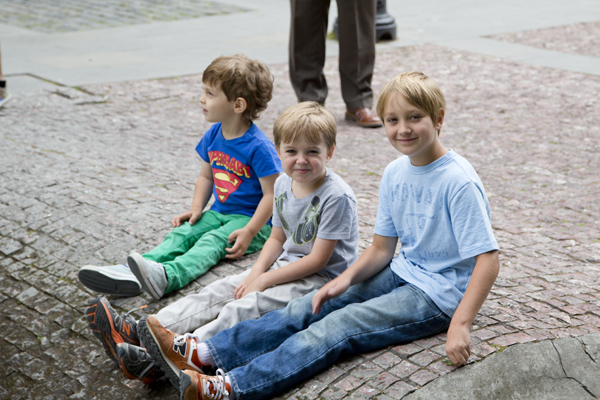 The boys enjoying the view 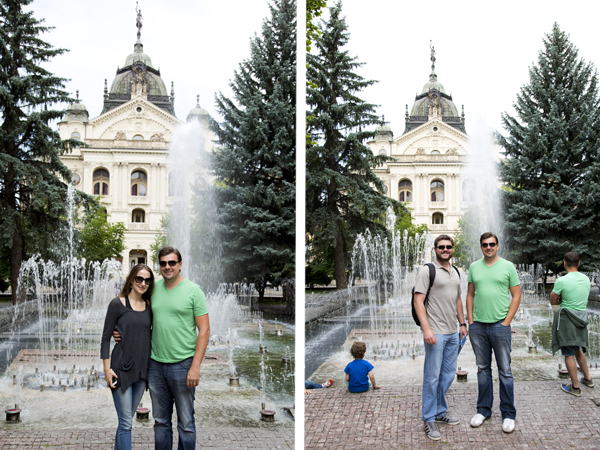 More of the Opera House and fountain 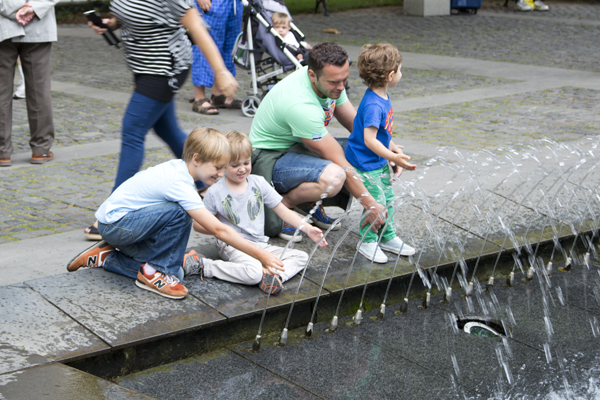 Boys playing in the fountain 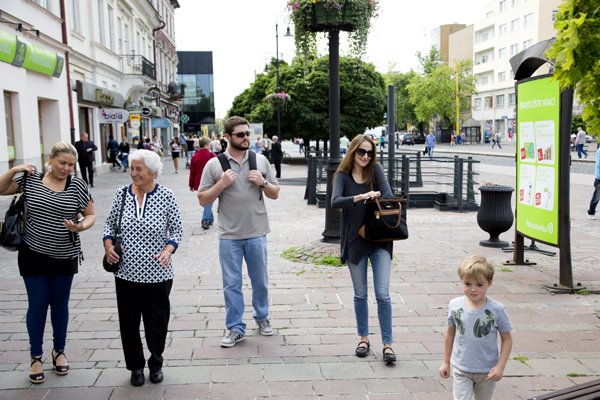 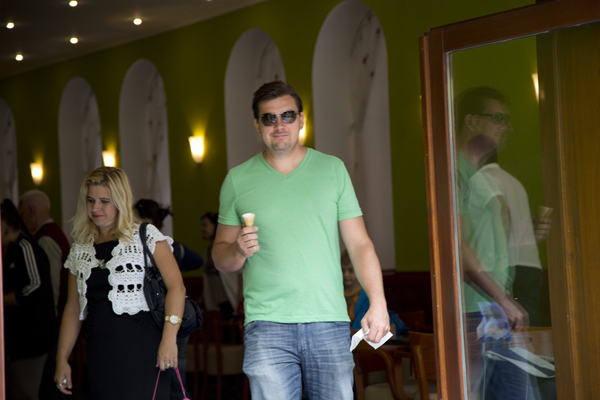 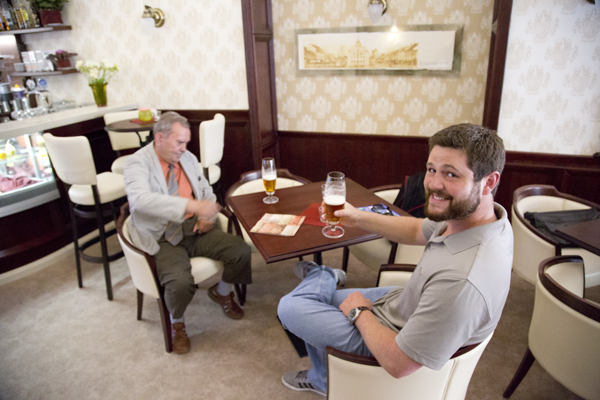 Sharing a drink in the bar

The next stop on our tour of Košice took us to the Executioner’s Bastion and the Memorial House of Ferenc Rákóczi which is a replica of the house where he lived during his Turkish exile. We were sure to all take pictures with my dad’s guy (a statue of Ferenc Rákóczi II that was donated to the city of Košice by the government of Hungary in 2006 in honor of the 330th anniversary of his birth) and the boys all had fun playing on the cannons. 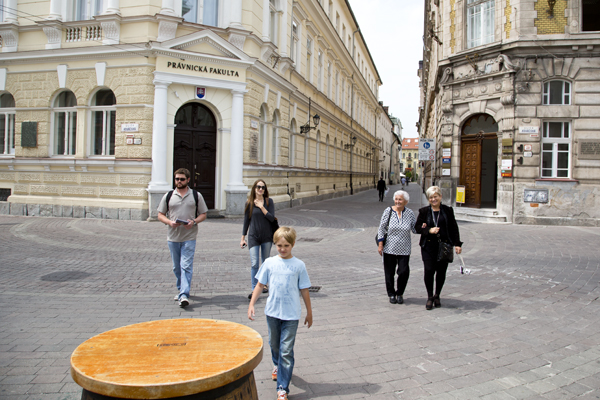 Making our way toward the Executioner’s Bastion 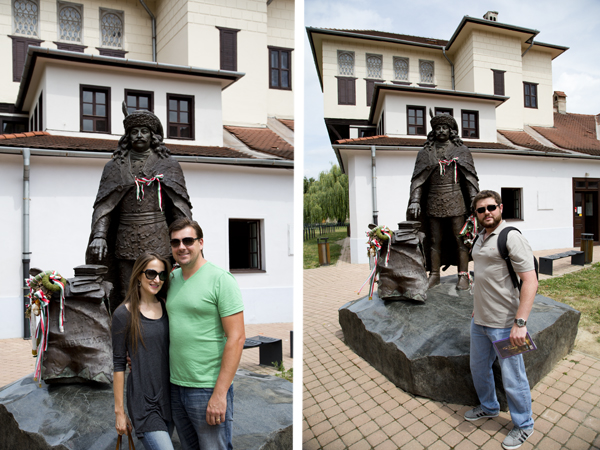 Posing with the statue of Ferenc Rákóczi II 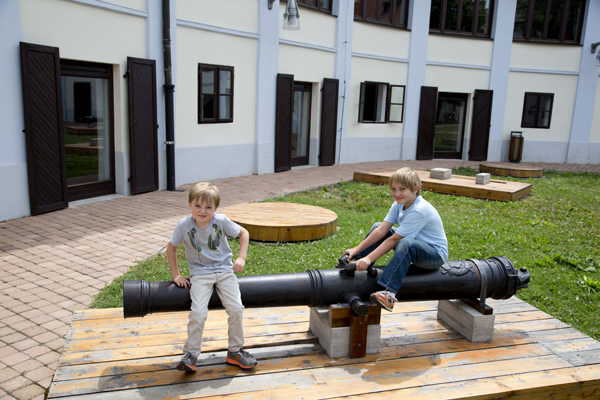 Of course, the boys found a cannon

Our final stop on the tour was to the OC Galéria which is one of the coolest malls I have ever visited. Honestly, it almost made me feel like I was home in the US! This was the children’s favorite part of the trip because they were able to spend quite a bit of time playing in the large play area. 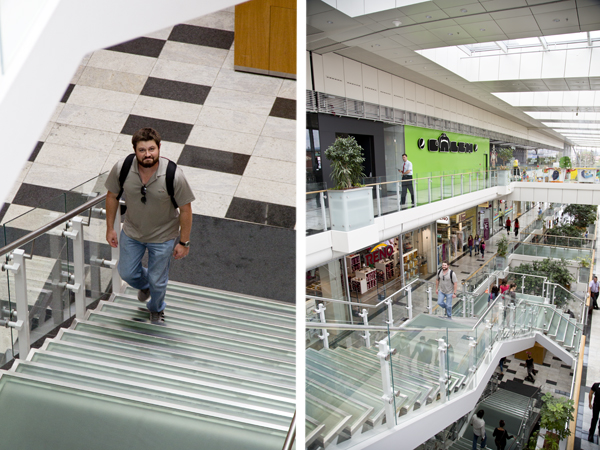 Mat was impressed with the Galeria 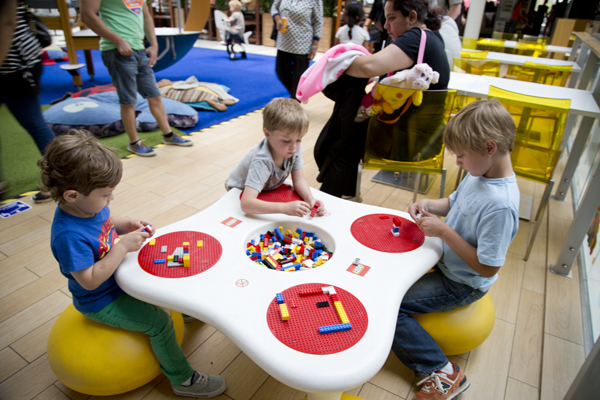 The boys playing in the indoor playground