J.R.R. Tolkien famously wrote in The Fellowship of the Ring

, “Not all those who wander are lost.” The truth of the matter is that sometimes when you wander you do get lost, but if you have an adventurous spirit getting lost can be exactly where you want to be.

The morning that we left Venice en route to Florence we decided to take a side trip to the Republic of San Marino. We came to this decision after literally Googling “Things to do between Venice and Florence.” When San Marino was suggested on one of the sites, I put my full support behind it because it sounded fascinating AND it was another country that the boys (and I) could add to our list of countries visited. Okay, I’m not going to lie here… in Father of the Bride

(the new one with Steve Martin) they live in San Marino, California and that may have had a lot to do with why I thought San Marino sounded so cool, but I digress.

Anyway, due to a miscommunication with the GPS on our phone we ended up at the beach. David and Mat looked back at me, clearly mystified and said, “I thought you said San Marino is on top of a hill.”

There were absolutely no hills (not even small ones) in the immediate vicinity and the GPS was insisting that we had arrived at our destination.

Apparently when we typed in “San Marino” the GPS thought we wanted to go to “Viale San Marino” (San Marino Avenue) which is how we ended up in the town of Commachio on the Adriatic Sea and not in the hilltop Republic of San Marino. Since we were on an adventure, we decided to roll with it. We pulled up to the beach and took a long walk down the shore collecting sea shells and wading into the warm waters of the Adriatic Sea. Mat laughed because he had secretly wanted to see the Adriatic all along and because we had gotten lost, he was able to see it. Sometimes getting lost will take you exactly where you were meant to be or as David said, “That was the best kind of mistake.” 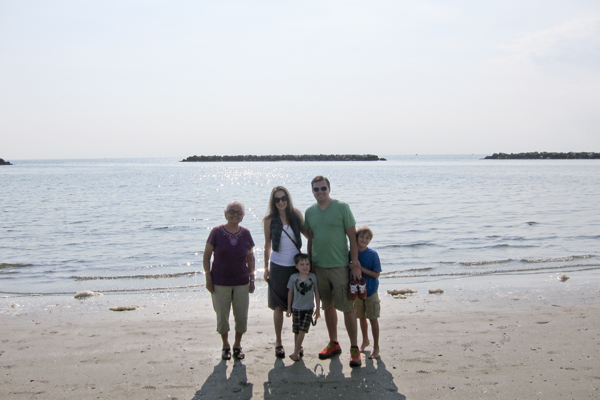 Dédi, Me, David and the boys at the Adriatic Sea 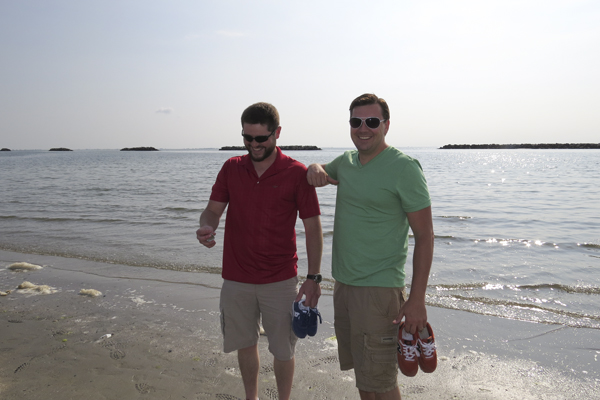 Mat and David laughing about their good fortune in getting lost. (those are not their shoes by the way) 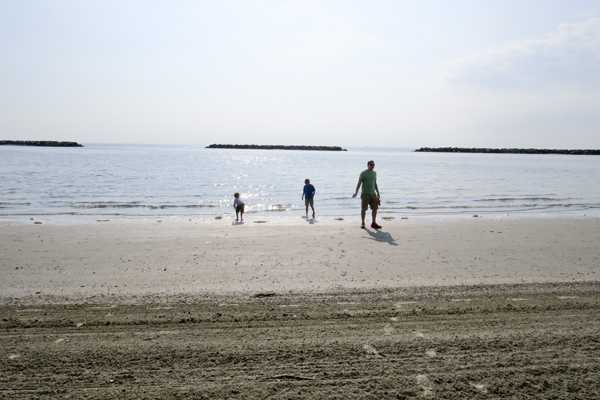 The boys and David testing the waters 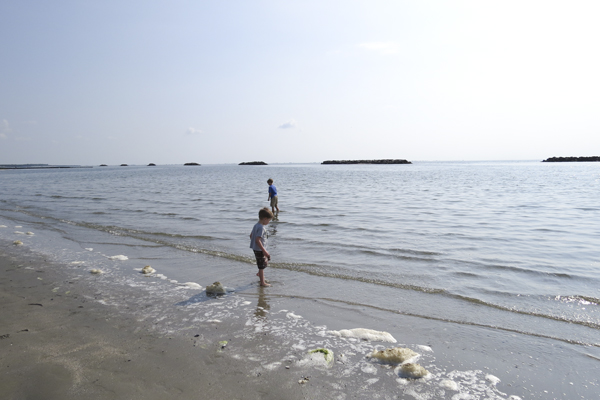 Despite going into the water, we managed to convince them to keep their clothes dry. 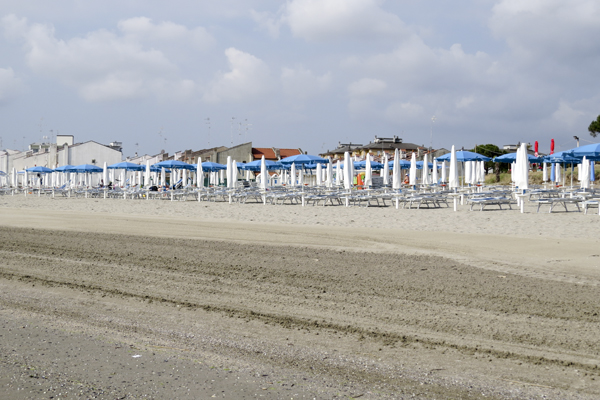 Looking back toward the resort area.