When we went to bed the night before our road trip, David and Mat agreed that since we were all still pretty jet lagged, we should just get up and go whenever we all woke up. I don’t think either of them had any idea just how early that would be. At two-thirty in the morning when David heard movement in the room where Mat and our oldest were sleeping so he got up to investigate and found that they were both wide awake. Our little guy was starting to toss and turn as well, so we decided that we might as well get an early start. We woke Dédi up, packed our bags, loaded the car and we were on the road by 3:30 in the morning. David’s aunt and uncle thought we were insane to be up so early but we felt like it was better to be up and driving while we were all wide awake.

In order to get to Italy from Hungary by car you can either drive through Slovenia or Austria. We chose to go through Slovenia because it was the quickest route to Venice. Had we done a little more research into just how beautiful Slovenia is, we might not have ever made it to Italy. It has jumped to the very top of my list of places to visit. I swear every village we passed was more picturesque than the last. I cannot even tell you how many times one of us pointed out the window exclaiming, “Look at that!” Our little guy even proclaimed Slovenia to be the “best place ever,” after discovering a Mario Pez dispenser while making a pit stop at a filling station. We did pull off into one of the villages for a quick stretch and photo op, which is where all of these pictures are from. After taking a couple of posed shots, we heard barnyard noises coming from a building across the street. When we went to investigate we found cows happily munching on some hay. 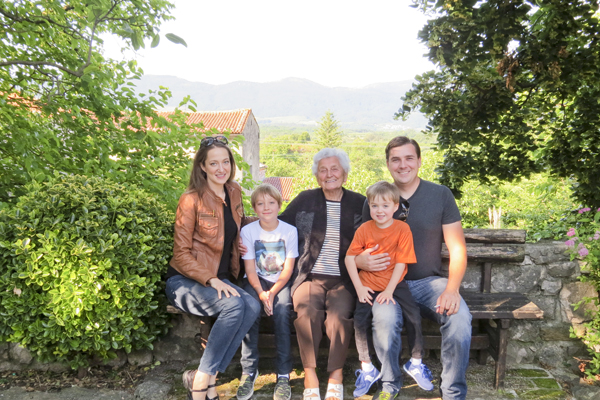 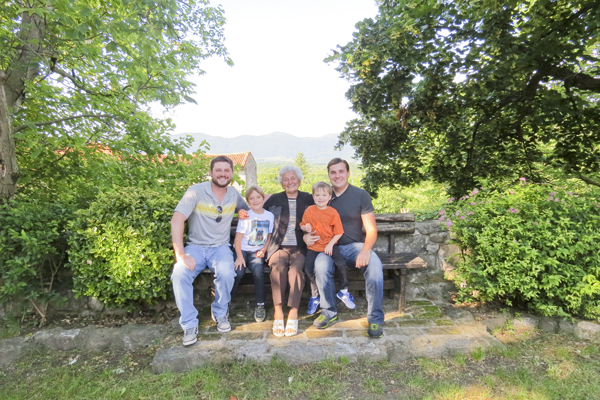 Had to get one with Mat 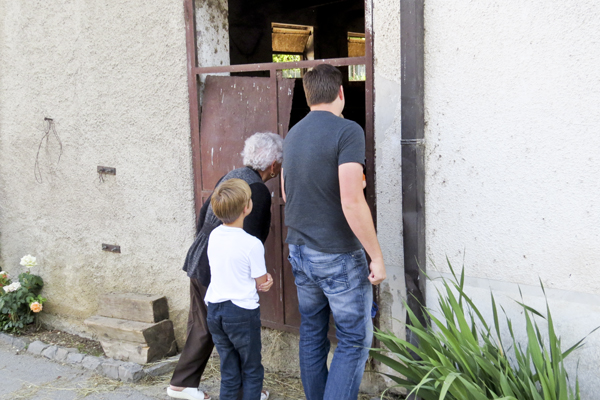 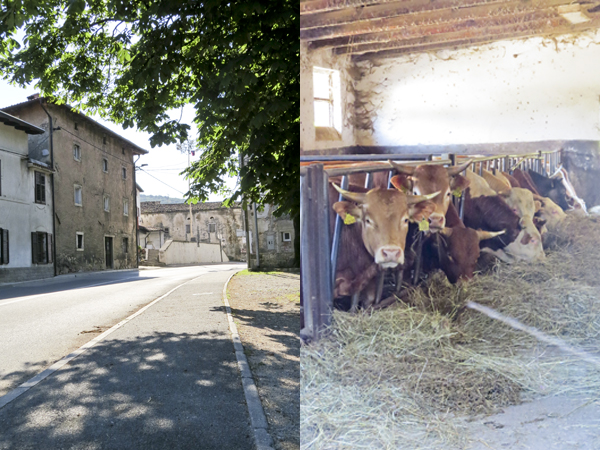 A shot of the street and the cows. 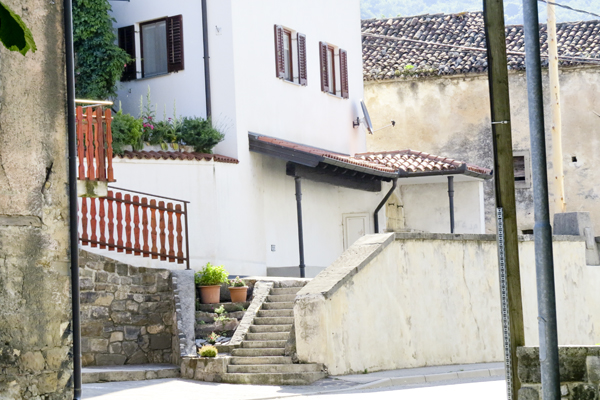