I went to film school and one of the things I noticed very early on was that those people who were quickest to put a film project down were those individuals who were the most jealous. We had a saying, “Those who can, produce; those who can’t, critique.” Producing quality art is difficult; critiquing that same art takes very little effort. There must be a lot of jealousy going around in Hollywood right now because there are very few critics that have anything nice to say. Take for example Disney/Pixar’s latest hit, Brave. It was trashed by a lot of critics for not being up to “Pixar’s standards.” Um, really? Did these people not see Cars 2? I was sad that the reviews were so negative, because I thought that the previews looked really good and I had been looking forward to seeing it for months.

Well, when my brother asked if we wanted to go see it, we agreed and I’m so glad we did. The entire family went (there were 8 of us total) and it was worth every penny. It is a great story and I thought that it had an excellent message. There were a few tense scenes that scared the little guys, but they were minimal and over quickly. If you are squeamish, you should also know that there is also a little bit of nudity (bare bottoms…but, come on, everyone has one). I give the film a resounding two thumbs up and if you do go, make sure that you stick around through the credits for a fun little scene at the end.

There was one (hilarious) part of the film where an older Scotsman lifts up his kilt, shakes his rear end at the crowd and says, “Feast your eyes.” Everyone knows that a true Scotsman doesn’t wear anything under his kilt, so my boys laughed especially hard at this part. We got to a couple of Scottish Festivals every year (we have to represent my peeps!) and I’m terrified that people are going to be imitating this behavior at the festival, especially if they have been to one of the Whiskey tastings! And my boys have been warned that if either of them participates in that sort of conduct, their kilts will be relocated to the back of the closets indefinitely. 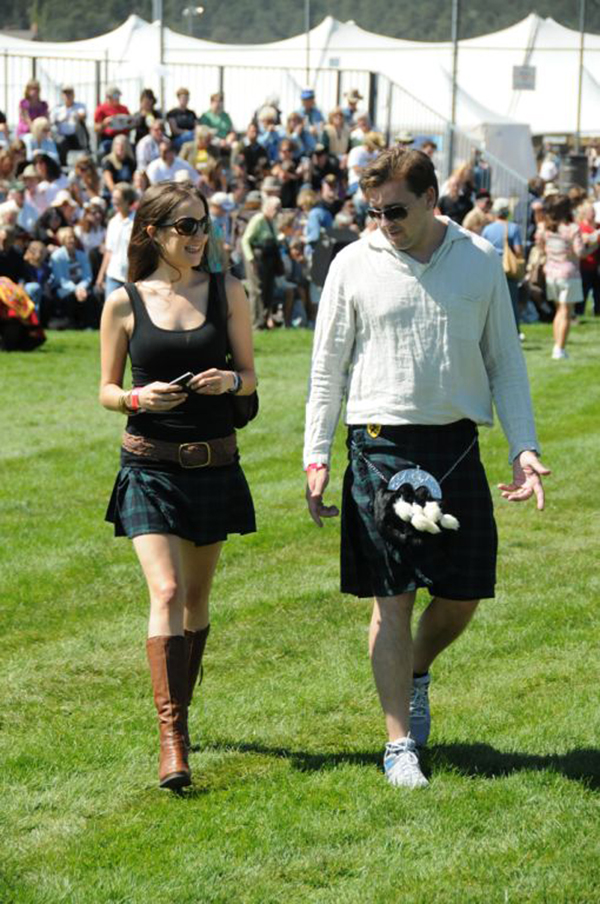