We are a third of the way through October and that means that Halloween is less than three weeks away. Ahhhh! Cue mini panic attack.

This year we are actually way ahead of the game on the costume front. In fact, I think that I only need to take care of a couple minor details on a couple of our costumes and we will be set. David and I had a cool costume planned months in advance and then our boys decided to steal our idea, but I think that it is going to be so cute, I’m not even upset. Plus, I have about a thousand different costume ideas that David and I can choose from. You would think that having so many ideas would mean that we would always be prepared well in advance for Halloween, but that isn’t always the case. Take last year, for instance: David and I had grand plans of being Jon Snow and Daenerys Targaryen, complete with dragon costumes for Little Lady and the dogs, but there was a last-minute problem with my costume and Jon Snow and three little dragons paired with a random girl costume just didn’t make a whole lot of sense. Plus, little lady refused to wear the dragon costume for more than two minutes and much preferred her backup flamingo costume (What? You don’t have back up costumes for your toddlers?)

So, it was back to the drawing board… on the afternoon of Halloween. Halloween was on a Tuesday last year, so we needed to be at work.

Most normal people would have thrown in the towel at this point or decided to wear something they had worn in the past. That is what a NORMAL person would do. No one has ever accused me of being normal.

After picking the kids up from work, I made a mad dash home and threw open our closets to see what I could throw together. Strangely enough, I had (almost) everything I needed to be Axl Rose (me) and Slash (David) from Guns N Roses right there in my closet. We only had two items missing for David’s ensemble: a denim vest (which we were able to borrow from my father-in-law) and a pair of black ripped skinny jeans that I ended up finding in the clearance section of Target’s women’s department for under ten bucks. Score!

And yes, we totally had the Slash wig already in our closet. Why, you ask. Well, that would be because a few years ago Big Guy had to do a report on a Revolutionary War hero. Big Guy had chosen to do a report on Michael Kovats de Fabriczy (Kováts Mihály in Hungarian), who is considered the founding father of the U.S. Cavalry. I bet you didn’t even know that there was a Hungarian Revolutionary War hero. I certainly didn’t. Anyway, the report included an oral presentation dressed as your chosen Revolutionary War Hero and long, black, curly hair was all the rage at the time. I’m not sure where the top hat came from, but it was there in the closet, and I threw a belt that I’ve had since high school around it to complete the look. Of course, had he really wanted to commit to the look, David would have pierced his nose, but since that wasn’t going to happen, we used a clip-on mini hoop earring that I’ve had forever. He also borrowed a cigarette from one of his friends because neither of us has ever smoked.

The costumes ended up being a hit (though Big Guy won the night with his Forest Gump costume that he put together all by himself). I can’t wait to see what everyone comes up with this year. 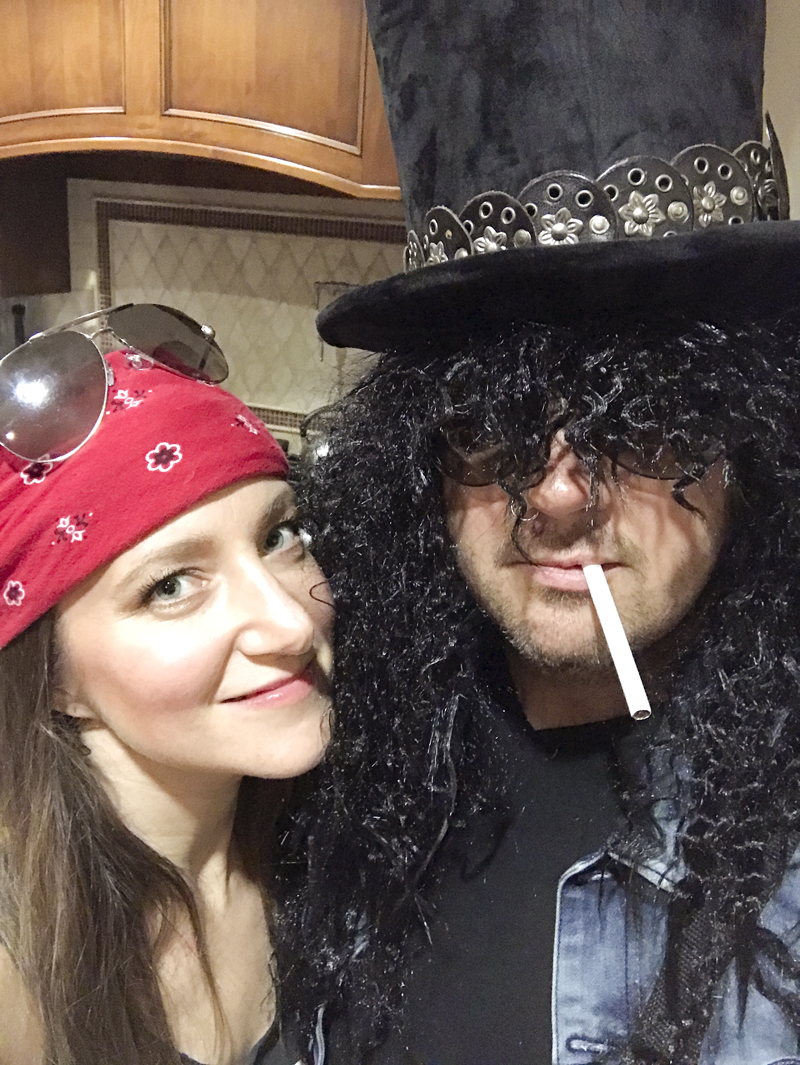 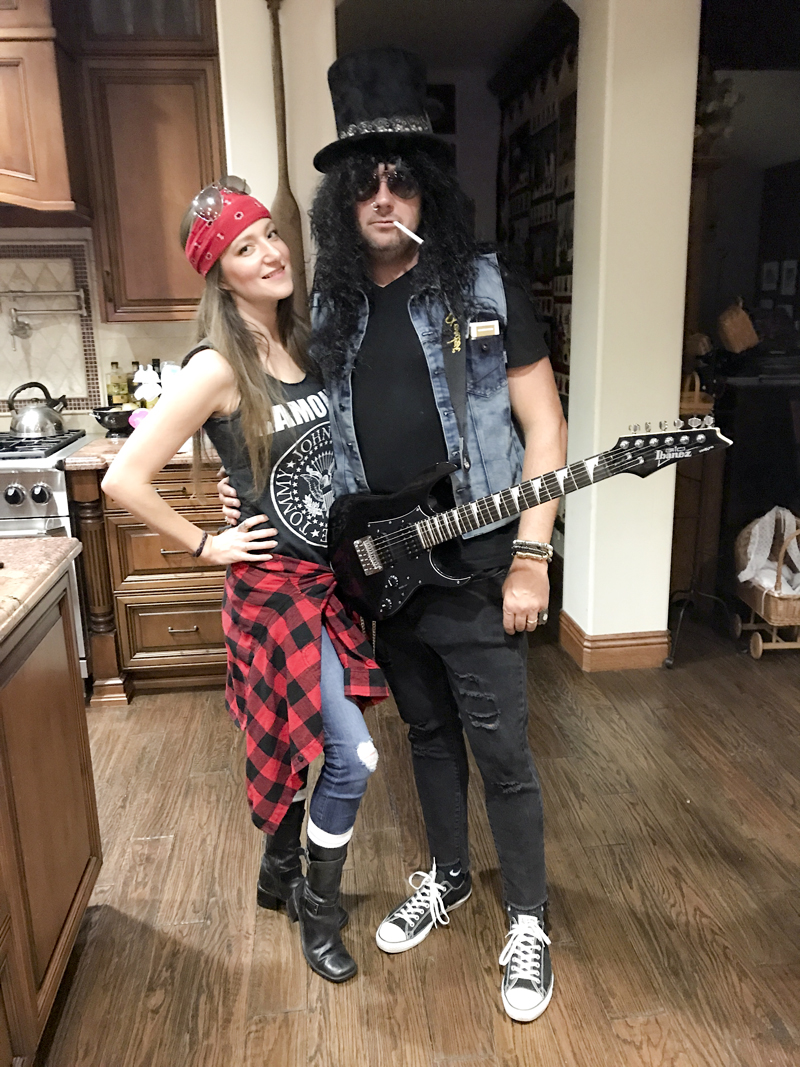 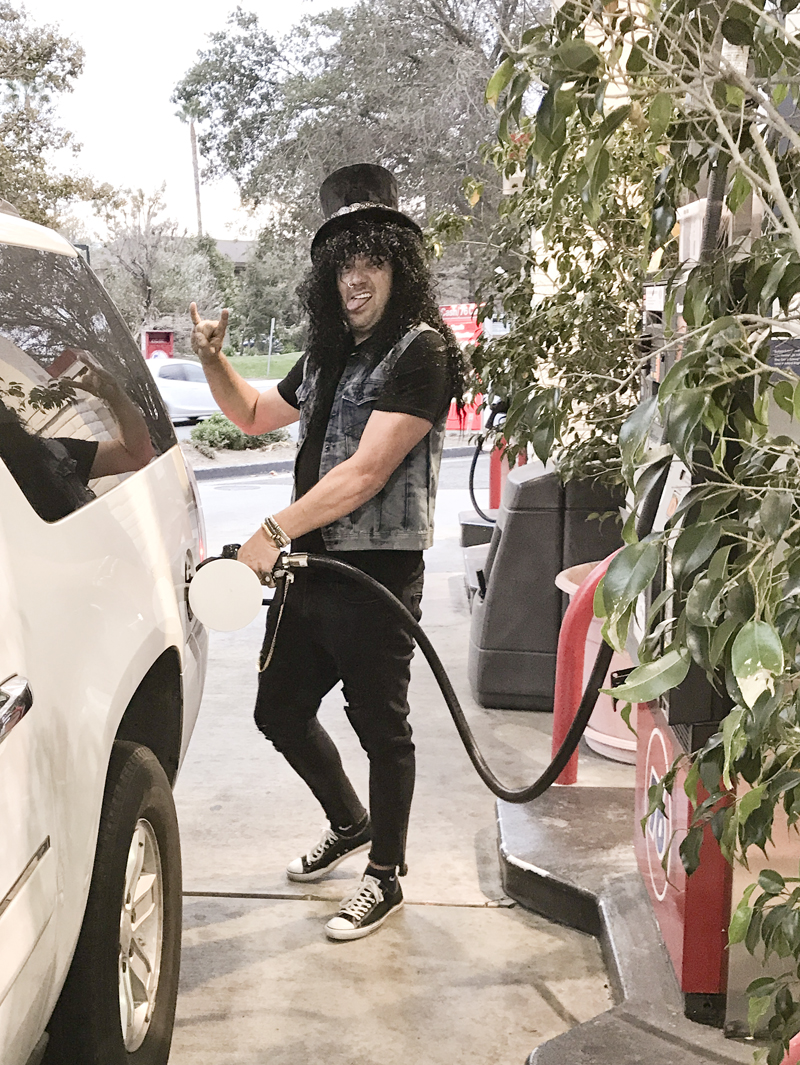 David at getting gas on the way to trick or treating. Several guys gave him props for his look. 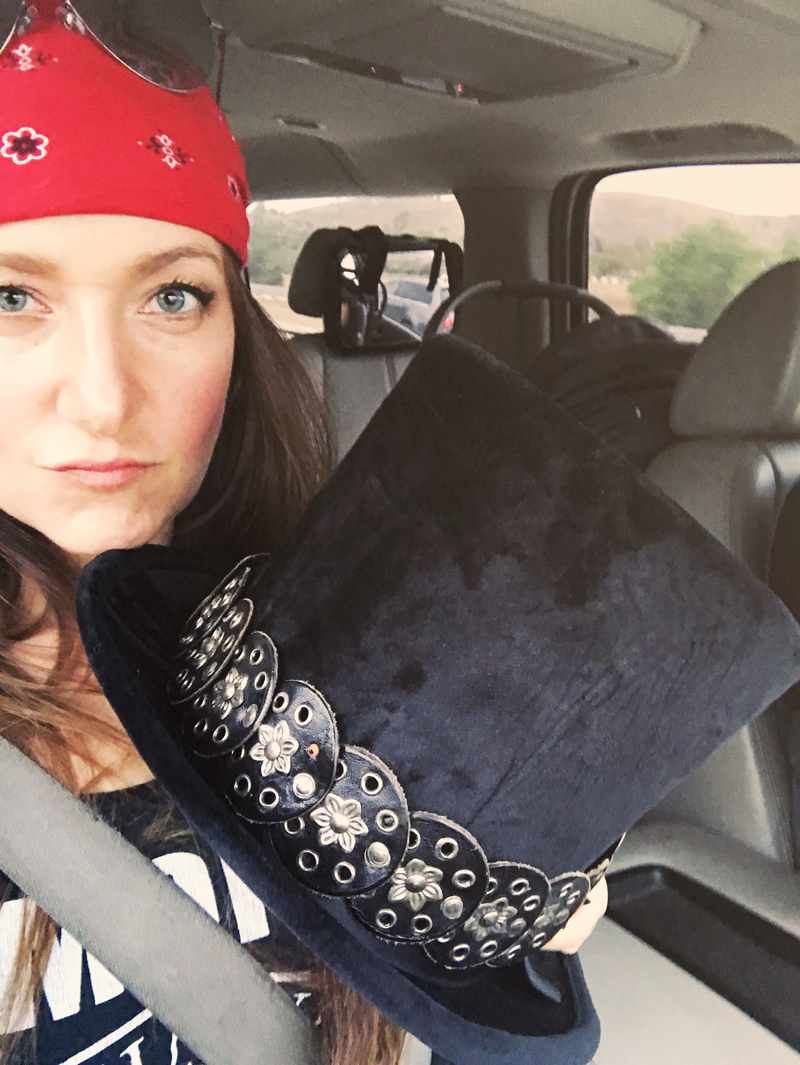 This is me posing with the top hat and belt I’ve had since high school. Sometimes my hoarding pays off. Excuse the duck pout. I’m not sure what I was trying to accomplish. 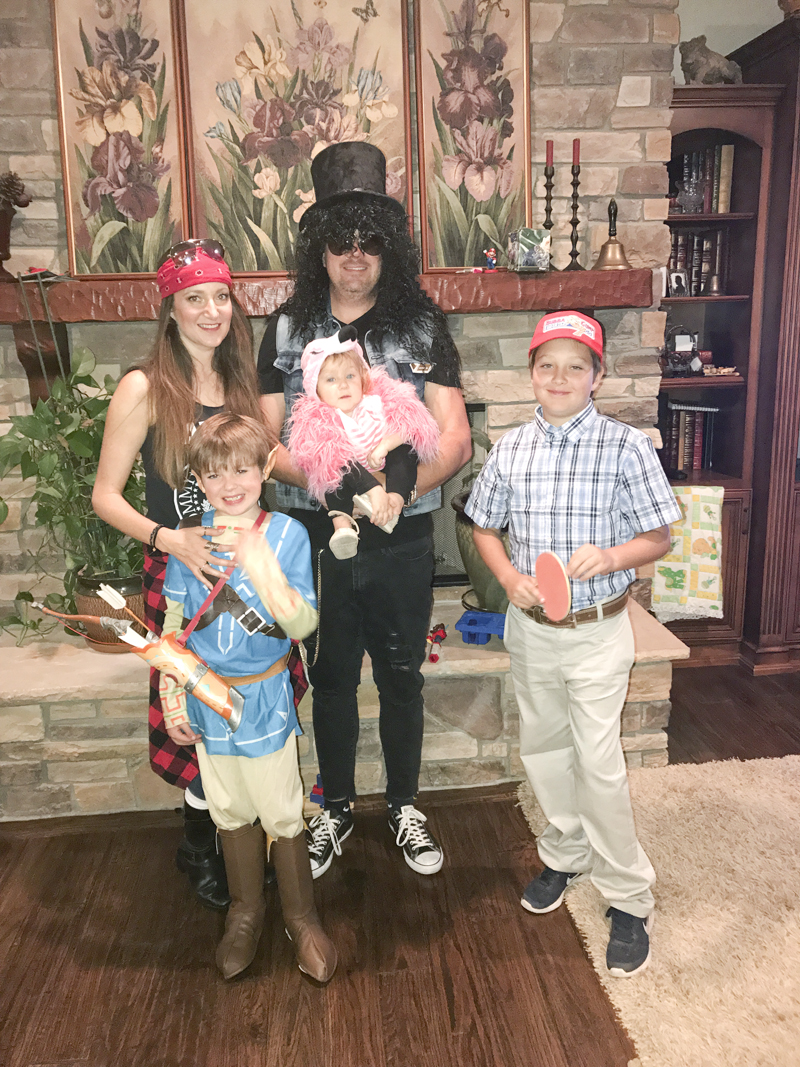 Get the Look for Slash:

Get the Look for Axl: