Last year I told you about a little experiment I was doing that I called Project Summer. You can read about it in this post from last year, but the basic concept is that in order to earn screen time in the summer, they boys have to do an equal amount of educational activities. I’m fairly laissez-faire in my definition of educational. They can read, do craft and art projects, science experiments, learn how to cook, etc. One of the most popular Project Summer activities has always been cooking. It is a little more hands on for me, but I love to cook, so I look forward to it.

For our first cooking adventure of the summer, Big Guy suggested that we make “the best chocolate chip cookies ever.” I thought it sounded like a good plan and I told the boys the legend of the $250 cookie and they thought that it might just qualify as the “best cookie ever,” so we got to work getting our ingredients together. 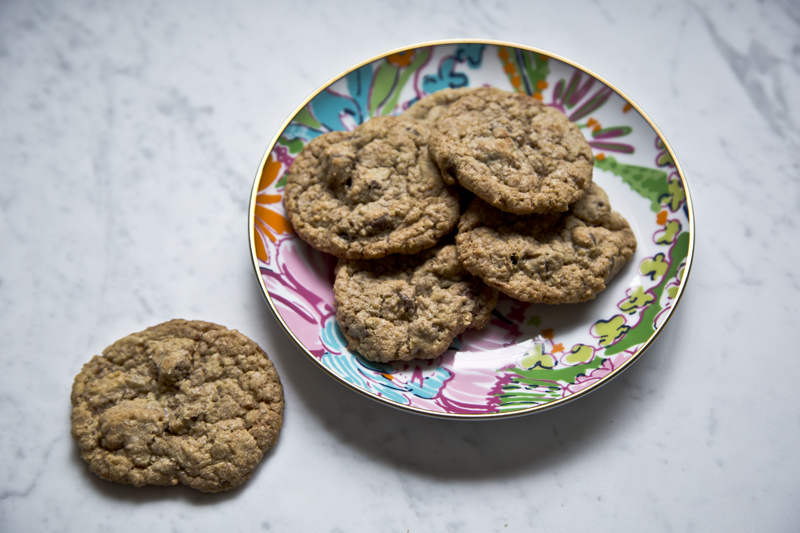 Almost everyone I know has heard the legend of the $250 cookie but if you haven’t let me catch you up to speed. The rumor goes that a woman was having lunch with her daughter at a Neiman Marcus Café where they were served the most delicious chocolate chip cookies that they had ever tasted. When the woman asked the waitress if it was possible to get a copy of the recipe, the waitress replied that of course it was and for just “two-fifty” the recipe could be hers. Thinking that two dollars and fifty cents was quite a bargain, the woman agreed to buy it. She was flabbergasted when her bill arrived and she realized that she had been charged not two dollars and fifty cents, but two hundred and fifty dollars. Angered by the brazen deception of the waitress and by the gall of the restaurant to charge so much for a cookie recipe (and then refuse to refund her money), the woman sent out copies to as many people as she could for free to seek out her revenge. It is a great story, but that is all it is: a story. 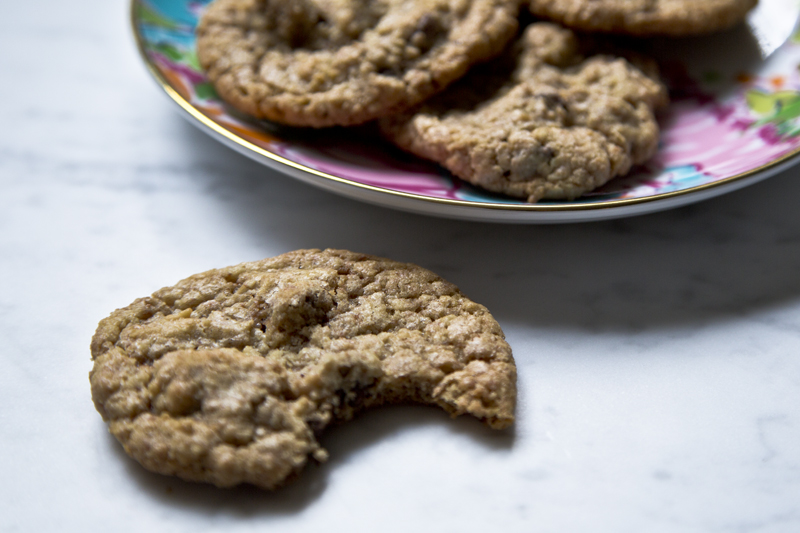 The legend has been around for decades and the cookies in question have been attributed to several different department store cafes, Mrs. Field’s Cookies, and there is even a nearly identical legend about a $350 red velvet cake at the Waldorf Astoria. Neiman Marcus was a good sport about the whole thing and in 1997 they actually developed and then released a chocolate chip cookie recipe for free. There are as many variations to the cookie recipe as there are variations to the legend. I settled on the one that appeared in the New York Times and adapted it to be gluten-free. 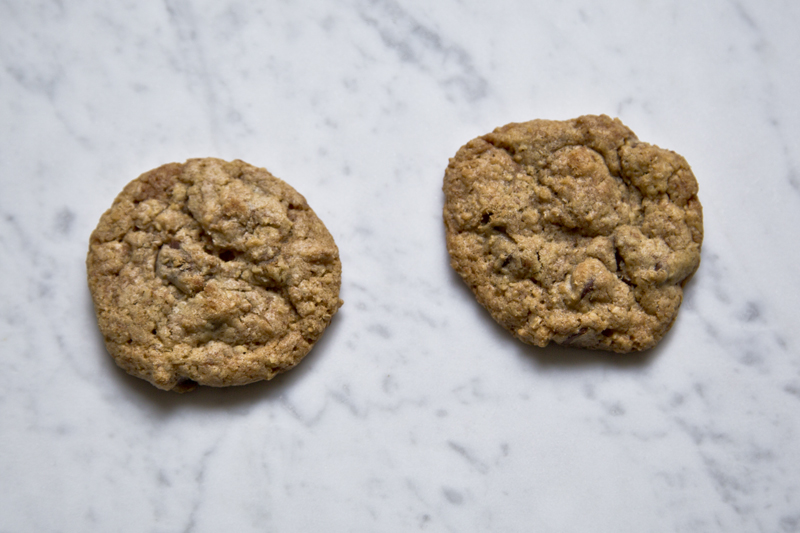 Big Guy was a huge help in gathering all of the ingredients but baking moves a little too slowly for him and he lost interest around the time we started to measure everything out. He definitely prefers free-style cooking where he can add a little of this and a little of that until he gets it just right. Little Man, on the other hand, is very precise so measuring out exact amounts of each ingredient and mixing them in a specific order is right up his alley. It was agreed between the boys that Big Guy would supervise and Little Man would assemble the dough. I worked as the sous-chef, prepping the kitchen, grinding the oatmeal and grating the chocolate bar. 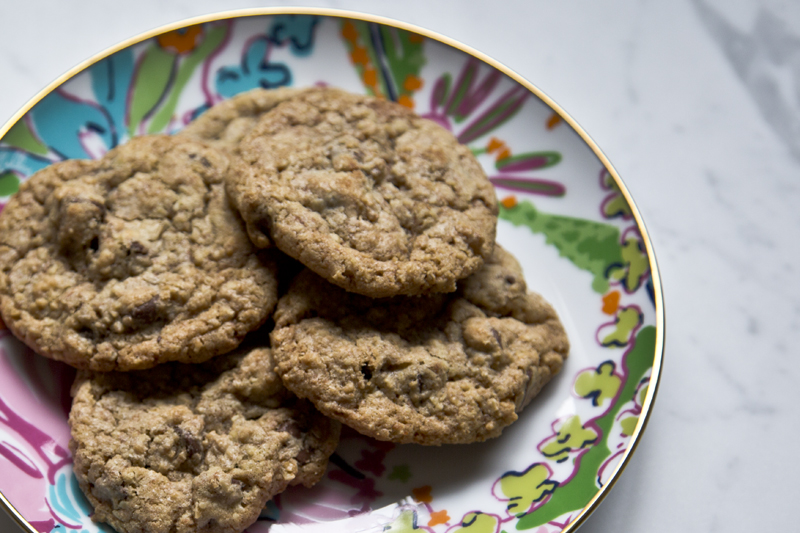 The cookies were a huge hit and the boys were having such a good time making them and later eating them (with a huge glass of milk, of course) that they actually forgot all about video games and we ended up watching a movie together instead. Both of them have been busy compiling lists of all of the dishes they want to learn to make this summer. I caught a quick glimpse at one of the lists and we should be eating well all summer! I only hope that you enjoy these $250 cookies as much as we did.

Adapted from The New York Times