David and I are in the middle of redoing our home office. It’s a pretty small space and it is crammed with a ton of shelving so the already small room can feel even downright miniscule. Also, because of where it is located in our home, it is the hottest room in the house. In the middle of our redo, we were searching for the perfect ceiling light and David was lamenting on how cool it would be if we could install some sort of ceiling fan, but I refused because a ceiling fan would overpower the room and there was no way we could possibly find something that was the proper scale.

But then he did.

David poured over the internet in search of exactly what he was looking for and he finally discovered this cool pendant fan from Kichler. The Terna LED Pendant Fan is only 15 inches in diameter and is absolutely perfect for even the smallest space. Honestly, it doesn’t even look like a fan and you could even hang several of them in a kitchen as pendant lights. 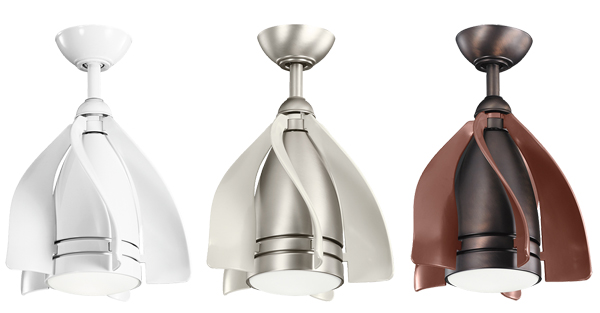 Our fan arrived last week and as soon as we get some of the other projects in the room sorted out, we are going to have it installed. David’s excitement over our fan grew even greater this morning when he was reading twitter and discovered that one of his favorite sites, Gizmodo, had just reviewed our fan. He pointed it out to me and said, “See, I told you this is cool.” I’ll let you know how the install goes. 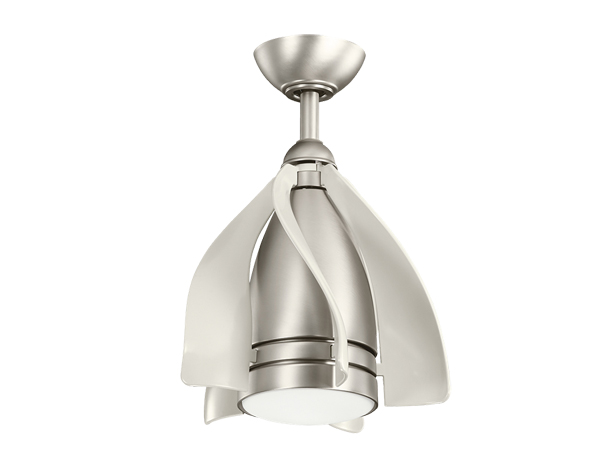 We chose the Brushed Nickel finish for our fan